The Rise of Investor–State Arbitration: Politics, Law, and Unintended Consequences 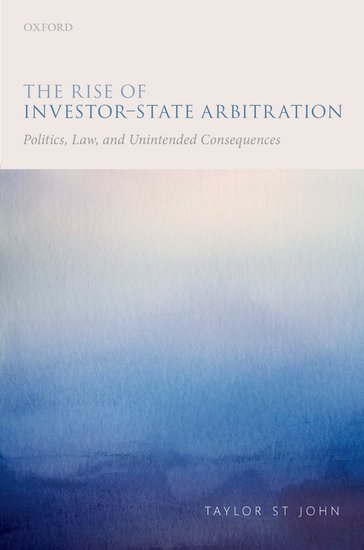 Description of the Book

The corporations and law firms that dominate investor-state arbitration today were not present at its creation. In fact, there was almost no lobbying from investors. Nor did powerful states have a strong preference for it. Nor was it created because there was evidence that it facilitates investment - there was no such evidence. International officials with peacebuilding and development aims drove the rise of investor-state arbitration.

This book puts forward a new historical institutionalist explanation to illuminate how the actions of these officials kicked off a process of gradual institutional development. While these officials anticipated many developments, including an enormous caseload from investment treaties, over time this institutional framework they created has been put to new purposes by different actors. For instance, while American officials initially saw arbitration totally separate from liberalization, later generations of American officials re-imagined it as an tool to lock in liberalization reforms. Institutions do not determine the purposes to which they may be put, and this book's analysis illustrates how unintended consequences emerge and how decisions taken in previous eras constrain and enable what can emerge in the present. This is especially evident with regard to the private–public tension in investor–state arbitration: all of the visions outlined for investor–state arbitration’s future define themselves in terms of the clash between public and private paradigms—a clash created by a small group of drafters over fifty years ago.

1: International Officials and the Rise of Investor–State Arbitration: A Historical Institutionalist Account

Part I. Creating the Convention

2: Gunboats and Diplomacy: Antecedents of the ICSID Convention

3: Intergovernmental Bargaining: 'The Lowest Common Denominator Was Not Yet Low Enough'

5: Intergovernmental Deliberation and Ratification of ICSID

6: Layering: How Investor-State Arbitration Was Added to Investment Treaties

8: Why is Exit So Hard? Positive Feedback and Institutional Persistence Conclusion

Read more about the book