Seminar: Indonesia 20 Years After the Fall of Suharto - What happened to human rights? 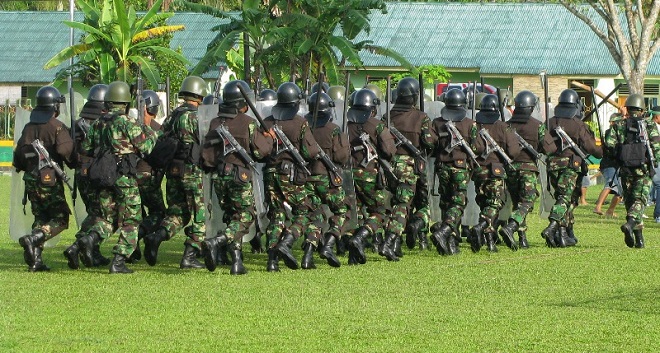 It is now 20 years since the authoritarian regime of President Suharto’s New Order regime felt amid massive student demonstrations. Periods of turmoil and violence followed, general elections were held in 1999, and within a year, two new human rights conventions were ratified. Indonesia had entered the reform period: Reformasi! 2o years on, how has Indonesia developed, and what human rights challenges remains?

To address this issue we have invited HE Prof. Dr. Todung Mulia Lubis, Indonesia’s Ambassador to Norway and Iceland, one of Indonesia’s most prominent human rights lawyers, both prior to and after the fall of the New Order. Pak Todung will address issues related to the judiciary, the rule of law, and beyond.

The other speaker is Prof. Dr. Herlambang P. Wiratraman, lecturer and Executive Director of the Centre of Human Rights Law Studies, Faculty of Law, Airlangga University in Surabaya. Herlambang is also a leading figure within the Association for Indonesian Human Rights Lecturers and is currently guest researcher the Norwegian Centre for Human Rights. He will primarily address the issue of academic freedom.

The topic and the speakers will be introduced by Knut D. Asplund. Asplund has for more than a decade been director of NCHR’s Indonesia Programme and is now heading the Rule of Law work at NCHR’s International Department at the Norwegian Centre for Human Rights.

Feel free to bring your lunch. Coffee and tea will be provided,