In Indonesia, a country where corruption flourishes, the Corruption Eradication Commission (KPK) is the most trusteed public agency. Deputy agency chief Dr Laode M. Syarif will address the issue of natural resource extraction and corruption. 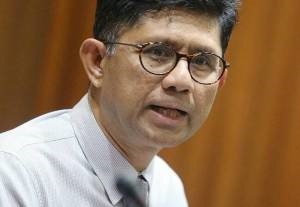 In April 2017, while investigating a major embezzlement case - with primary evidence suggesting the complicity of members of the parliament - KPK investigator Novel Baswedan was assaulted by unknown attackers throwing acid in his face. According to Time Magazine, this was the sixth time Novel had been assaulted for his work. Fighting corruption in Indonesia may indeed be dangerous.

Indonesia is a country that is rich in natural resources: gold, copper, nickel, coal, bauxite, oil and gas, geothermal energy, rainforests, various marine species. Extraction of natural resources in Indonesia has left irreversible damages to the environment and displaced people and communities around mining sites, logging areas, and plantations. 40 million Indonesians live under the poverty line. At the same time, the revenues have been channelled to a small economic elite. Collusion between the economic and politic elites is also rampant. According to Oxfam, the four richest people in Indonesia possess more wealth than the poorest 100 million.

In the resource extraction industry many companies operate without any licence, most of those who hold licences do not report on their activities, even less fulfil their obligation to pay post-mining rehabilitation fees. In terms of contributing to state revenues many companies do not pay any taxes, some do not even have a tax file number, others operate in protected areas such as national parks. Un-collected non-tax revenue in the mining sector amounts to billions of dollars.

The seminar is open to all, but please sign up for the event below, or by following this link as we will be serving refreshments.

International Department in cooperation with the Embassy of Indonesia in Oslo
Tags: Indonesia, Sustainable development, Human Rights
E-mail this page