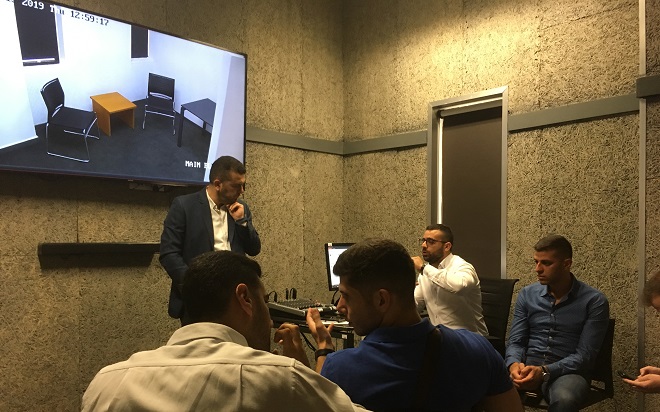 Lebanon is just one of several countries where police and security forces have engaged with both the training initiatives and the campaign to adopt a universal protocol for investigative interviewing and associated safeguards.

The trainings in Lebanon culminated in a training of trainers in June 2019, which took place at the ISF Aramoun training academy in Beirut. During the training, the Norwegian and British trainers were able to utilize the state-of-the-art interview training facilities funded by the British Policing Support Programme. The handpicked students were able to conduct realistic mock interviews that allowed them to reinforce classroom learning, develop their own skills and receive peer and trainer feedback in exactly the same way that UK and Norwegian courses are conducted, and did so to a high standard.

Impact and incentives for change

As with all projects, the interesting questions concern impact and incentives for change. Over the course of the last decade, we have gained some insights. With regard to impact, we get feedback from trainees that have applied the methods in their everyday work. In some jurisdictions in Brazil, the prosecution rate is as low as three percent, elsewhere it may rise to eight percent. This is a serious impediment to public trust in law enforcement in a country with 60 000 plus homicides annually. One trainee - who admitted his scepticism toward the “new” methodology – reported that in just a matter of a few weeks he had increased the prosecution rate to eighteen percent on account of better evidence. Indonesian officers reported that not only did they solve their case, but they received information and evidence that helped them solve more cases. In Lebanon, an officer reported that he had applied investigative interviewing in real life interviews and could not believe how much more information he received from the interviewee. These reports are encouraging, but anecdotal. Hence, a more concerted effort is underway to document and assess the impact based on baseline indicators.

Incentives for change in our work are a mixed bag of legal, political and operational concerns. We have gleaned some insights into what incentivises authorities and officers. What we surmise is that even in authoritarian states, violent law enforcement undermines regime legitimacy. Add to this the embarrassment of wrongful convictions increasingly reported on by the media. We have yet to meet officers that enjoy using violence on the job. They see it as a necessity, but given an alternative, they are more than happy to take it, and grateful for education in modern investigative methods. We have also come across officers that “self-medicate” to deal with the violence they inflict upon fellow citizens. As long as the officers that participate in our trainings consider their job to be solving cases, we can rely on their sense of pride and professionalism. It is gratifying when those same officers express an understanding of the fact that it is possible both to solve cases and respect citizen’s rights: As pointed out by the former UN special rapporteur on torture in his call to the General Assembly for the development of a universal protocol (2015 art. 54):

Best practice are questions designed  to elicit information that will test all possible alternative explanations identified during the preparation  of   the interview […] helping to ensure that the presumption of innocence is respected while strengthening the case against a guilty  suspect - Professor Juan E. Méndez.

This is obviously different when dealing with officers whose main tasks are spreading fear and suppression. The latter makes clear the distinction between the police as a force or a service.

Projects and collaborations such as that in Lebanon will continue to expand in the coming years. Together we are changing the conversation on torture and law enforcement bilaterally, but also multilaterally as we make inroads into the UN system, the EU, the Council of Europe, OSCE and other agencies. Some conversations are about the nitty gritty of everyday police work, other conversations are about how human rights, security and sovereignty are mutually reinforcing. Top down, bottom up, we have them all.