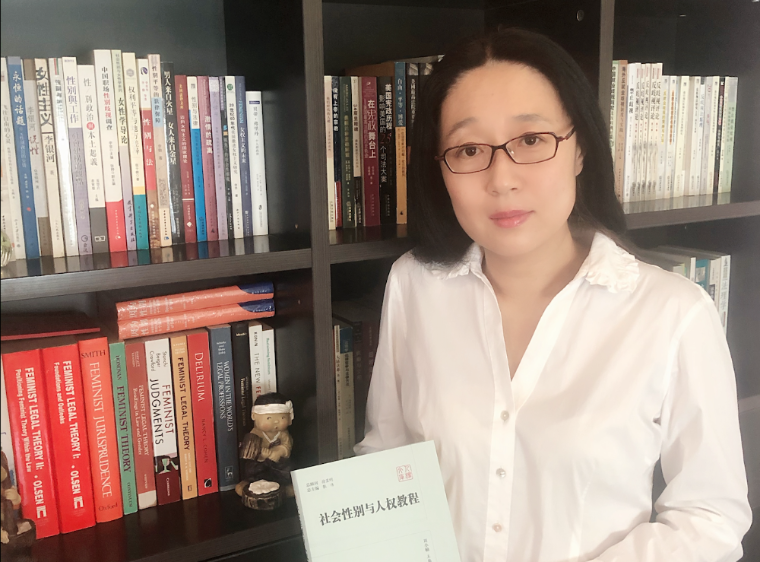 The textbook is aimed at Chinese students, teachers and professionals. The chief editor, Professor Liu Xiaonan from the Constitutionalism Research Institute at China University of Political Science and Law (CUPL) is a well known researcher and educator on gender and non-discrimination issues.

I see an increased interest in gender issues among Chinese academics and I hope that this textbook will inspire and make it easier for Chinese university teachers to include a gender perspective in their teaching activities. I also hope that the textbook will contribute to more public awareness about gender and human rights in China, says Professor Liu Xiaonan.

Raising awareness about gender equality and human rights in China

Gender issues and women’s rights are not always visible when human rights law and legal issues are discussed in China. The authors wanted the textbook to be an introduction to the gender aspect of the different human rights and they also wanted to highlight areas where more attention to gender is still needed.

As part of the work on the textbook the Chinese authors visited Norway and Sweden on a study trip in 2018. While visiting Oslo, the editorial group met with representatives from the Norwegian Directorate for Children, Youth and Family Affairs (Bufdir), the Equality and Anti-discrimination Ombud (LDO), the Centre for Gender Research (STK), the Legal Council for Women (JURK) and the Forum for Women and Development (FOKUS). The editorial group also met with researchers and teachers from the Department of Public and International Law at the Faculty of Law at the University of Oslo and they had several meetings with NCHR researchers and staff during their stay.

The textbook is part of a larger cooperation programme on gender and human rights between the NCHR, the RWI and the Constitutionalism Research Institute at China University of Political Science and Law.

The focus of the cooperation has been the education of Chinese University teachers in how to teach gender equality and human rights issues. When the cooperation started in 2017, only three universities in China offered separate courses on women’s rights and gender equality. Following their participation in the education programme teachers have now opened new courses at 14 Chinese universities.

Gender and human rights is a relatively new subject area at Chinese universities and we were pleased when CUPL approached us about this project. It is fantastic that so many teachers have been inspired to open their own university courses on these issues! We hope to continue the cooperation and we believe that this new textbook will raise awareness and make it even easier for Chinese university professors to include concerns about gender issues in their teaching, says Elisabeth Bjørnstøl, head of the NCHR thematic area ‘Equality and non-discrimination’ at the NCHR’s International department.

More information about equality and non-discrimination work at the NCHR