Dr. Rachlew is the new Norwegian representative to the European Committee for the Prevention of Torture 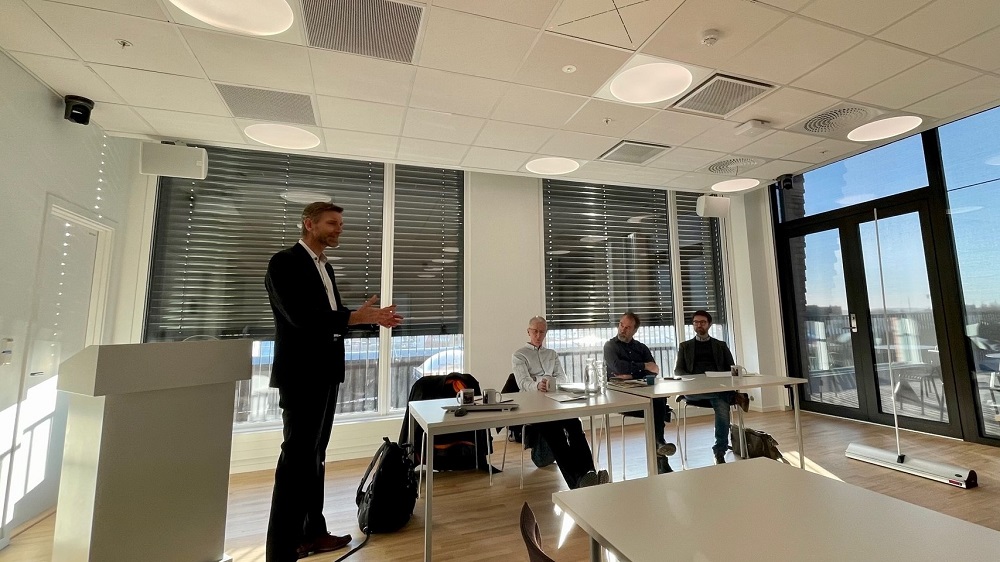 Professor Georg Høyer (UiT) passed the baton to Dr. Asbjørn Rachlew as the new Norwegian representative to The European Committee for the Prevention of Torture and Inhuman or Degrading Treatment or Punishment (CPT) during an informal lunch seminar at the Norwegian Centre for Human Rights in February.

Dr. Rachlew was appointed on 8. December 2021, taking over from Professor Høyer who has served the committee for three periods of four years each.

Professor Høyer and Dr. Rachlew discussed challenges in the work with torture prevention in Europe based on experiences from CPT, together with Johannes Flisnes Nilsen from the National Preventive Mechanism at the Civil Ombudsman who shared experiences with CPT's area of ​​work from their perspective, and how the preventive mechanism uses CPT standards and the European Court of Human Rights' decisions in their work.

CPT was established by the Council of Europe and consists of independent, impartial experts such as lawyers, medical doctors and specialists in prison or police matters. It has a broad mandate to visit places of detention and monitor the treatment of prisoners and others deprived of their liberty in its member states according to the European Convention for the Prevention of Torture and Inhuman or Degrading Treatment or Punishment.

Dr. Rachlew, who has been a key person in the development of investigative methods within the Norwegian police force, has with this appointment been recognized for the important work he has been conducting for decades.