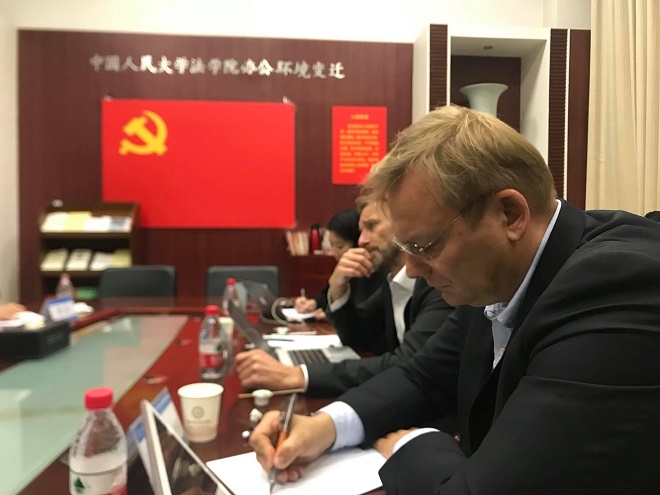 Lecturing for students and police officers

In addition to lecturing students while in Beijing, the Criminal Law Science Research Center of Renmin University organised a roundtable about Investigative Interviewing chaired by Associate Professor Cheng Lei. In the roundtable the delegation had opportunities to discuss issues related to Norwegian police interviewing methods with representatives from Renmin University, the Public Security Police College of China, the China University of Political Science and Law and the China Institute of Prosecution Theory.

According to Senior Adviser at the NCHR, Elisabeth Bjørnstøl, a research proposal is already being drafted in order to follow up some of the discussions.

The NCHR visited China in 2016 and 2017 to teach and participate in seminars about police investigations at Renmin University and at the China Peoples Public Security College.