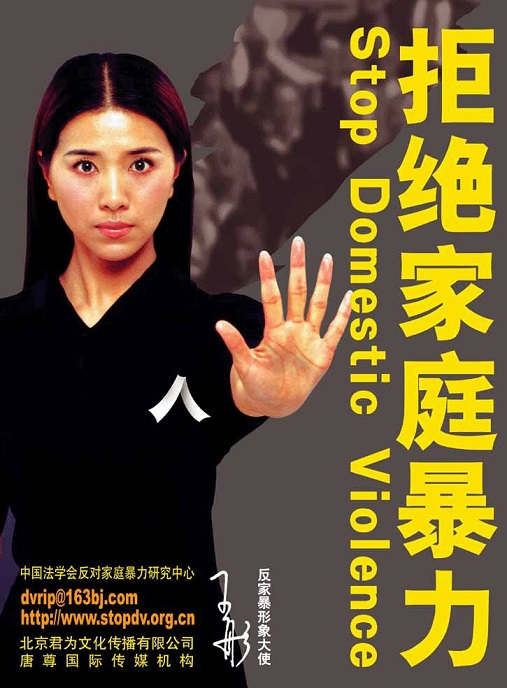 A year has passed, and it is interesting to reflect on what kind of impact the law has had so far.

Facts about domestic violence in China

The problem of domestic violence in China is enormous and multi-faceted. According to All China’s Women's Federation, 25% of all married women in China have suffered violence in their marriage and almost 90% of the reported domestic violence cases involved abuse of women by their husbands. Chinese media have reported that 15.7 million women commit suicide every year and that 60% of those cases are believed to be linked to domestic violence.

One of the most important protective mechanisms in the law is the restraining order. Procedures for getting and maintaining restraining orders will no longer require that a lawsuit be filed. The Chinese Judgment Document Network has already registered about 500 judgments related to “restraining order” since the law came into effect.

Awareness and knowledge about the protection of the anti-domestic violence law is also on the increase. 24 provinces have already issued more than 240 supporting policy documents for the implementation of the law. The NCHR is now involved in the production of manuals for different Chinese professional groups on how to enforce the law and on how to protect victims in the best possible way.

Not yet full protection for victims of domestic violence

Although victims of domestic violence seem to be better protected with the new law, there are still serious gaps. The law does not cover same sex relationships, divorced couples or former partners, nor does it address sexual abuse or economic control. Therefore, many victims cannot benefit from the new law.

Another challenge is how to effectively implement the law. Stereotypic attitudes to women and the lack of knowledge and skills necessary to intervene still prevail and without social consensus full implementation is still far ahead. The rope of the law alone cannot keep victims away from the perpetrators.