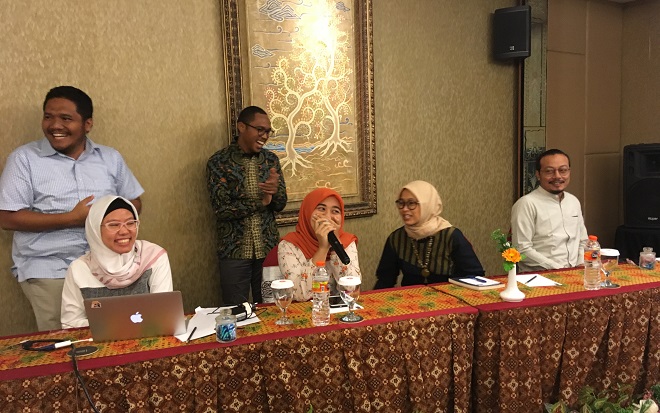 The purpose of the workshop was to develop plans for how to approach the training, select appropriate syllabus, and design the training so that the judges will be empowered to apply human rights law in future court decisions.

Indonesia has recruited 1600 new judges that will start serving in the courts across the country in the coming years. This is the first time since 2010 that new judges have been appointed. A training programme for this huge batch of judges is now in the pipeline. This training programme will include a substantial human rights component. How this component should be designed, and what it should contain, was the concern of the two-day workshop organised by LeiP on June 17-18 in Solo (Surakarta), Central Java, Indonesia.

During the workshop the NGOs Indonesia’s Centre for Environmental Law (ICEL), which has experience from providing training to judges in environmental law and Pusat Studi Hukum dan Kebijakan (PSHK), which has provided training to judges in the anti-corruption court, provided input based on their experience. Also, the Centre for Human Rights Studies at the Islamic University of Indonesian Yogyakarta (Pusham UII), a centre which NCHR has previously cooperated with on trainings for judges, provided input. Present were also well-known Indonesian human rights organisations, such as ELSAM and the legal aid organisation YLBHI. Among the resource persons were Matthew Saul from the Pluricourts project at the Faculty of Law, University of Oslo.

The Constitutional Court, which has an ambition to build and establish a more consistent jurisprudence, has in some of their decision quoted international human rights instruments at length. In the coming training programme for new-recruited judges, much emphasis will be put on, “how to do law”, rather than “what the law says”. If Indonesia could witness the emergence of a doctrine for invoking human rights law in legal decisions (both national and international law) this could be an important step towards improved human rights protection.