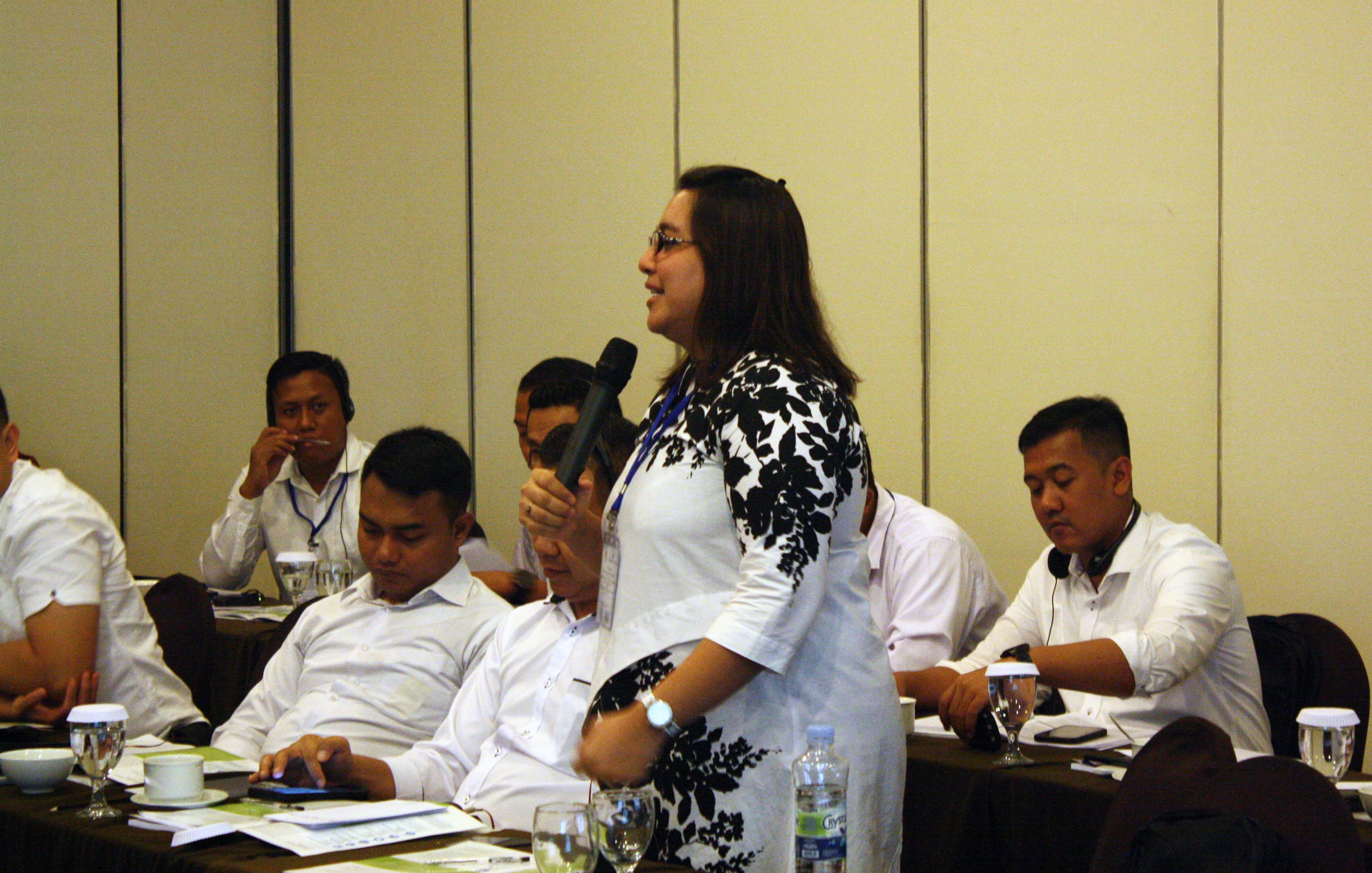 Police Chief Inspector Syafriah Chaira Sukma from the Metropolian Police in Jakarta sharing her experiences with her colleagues. (Photo: UiO)

Experienced police detectives primarily from the eastern part of the country gathered in Manado, North Sulawesi, January 28 to 30, 2019.

- A particular concern when engaging in trainings abroad is ensuring that there is some substantial follow-up in the wake of the courses. At the course for police in Manado we experienced that our alumni from previous courses clearly had passed on their knowledge to their colleagues, says Knut D. Asplund, Head of Rule of Law, NCHR International Department.

One of the participants at the course, Police Chief Inspector Syafriah Chaira Sukma from the Metropolian Police in Jakarta, had already been introduced to the investigative interviewing approach to criminal investigations and had applied the method in high profile cases. Hence, during the Manado course she could share experiences with her colleagues in the audience.

Having worked with one of the most renowned police interviewers in the country, Eko Novan,  Prasetyo Pusipto she has embraced the investigative interviewing method.

– I have learned by watching Pak Eko. He was the one that insisted that I had to go and participate at this course. Once in a very high-profile case, he asked me to take over the interview when the communication between him and the witness did not float as well as he had hoped for.

– Sometimes a conducive communicational setting is hard to sustain, so it has to be re-established over and over again during the interview. I have always been concerned about the need for good communication. For instance, I have looked for particular interests that the witness may have, and talked a bit about that first. This tend to make the witness more relaxed, says Pusipto.

I have of course also watched interrogations that are done the harsh way. It clearly does not stimulate good information flow, says Pusipto.

- I think we need to see how we can incorporate what we have learnt at this course properly. Good planning will make us more confident about how we are going to go about interviewing people. This has been important days for us. Next I think we need to strive to get better interviewing rooms at the police stations across the country. We should also get more reading material available in Indonesian.

Also present at the course in Manado was the head of the Criminal Investigation Department in Pontianak, West-Kalimantan, Arief Rachman. As a Police Chief Commissioner, he was the most high-ranking officer to attend the course. - This has been a new experience for us, he expressed at the side-lines of the course. - When the Norwegian instructors said that during our education there has been a lot of emphasis on physical training, but almost nothing on how to do proper interviews, they were spot on.

- While attending the course, I have been in regular contact with my subordinates. There was a murder in our Police district this Monday. A seventeen years old man had killed his employer. To begin with the investigators thought that the motive was economical - simply that he had not received his pay.

Based on the core message during the first day of training, I called my detectives and told them that they should seek to be very open-minded in their investigation and during the interview with the suspect. The suspect then not only confessed to what he had done. He also told that he had been sexually abused by his boss. In addition, he revealed to us where he bought his illicit drugs. So, from this case, they were able to expand the case with the information they received using the techniques I asked them to try. It was an immediate success, says Rachman.

- This is the way forward

How can we spread knowledge about investigative interviewing and less guilt-presumptive practices in Indonesia and give training a lasting effect?

- I think we need to convince our bosses that this is the way forward. We need some pioneers within the police who really learn this method and get skilled. They will then show that this is really what the police wants, not just what some outsiders want to push on us. Maybe we could organise and international conference on this topic in Indonesia and have the top brass attending? – Also, this method should become curricula at the Police Academy (AKAPOL), the staff college (SESPIM POLRI), as well as at the Education Centre for Criminal Investigation (Pusdik Reskrim), says Arief Rachman.

- Having had engaged participants, such as Ibu Syafriah and Pak Arief - and many others with them - attending our course in Manado, should bode well for a future where the human rights compliance of the Indonesian police is on the rise, Asplund concludes.