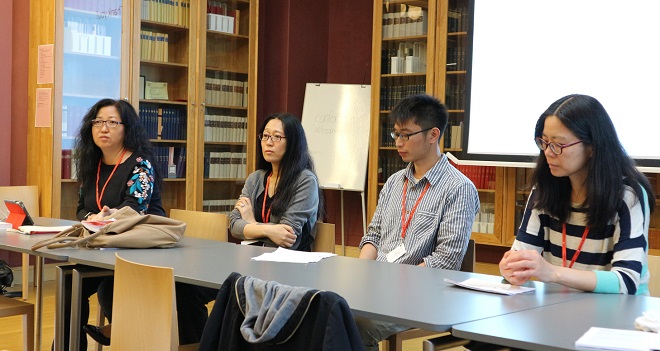 'Age Agency and Ambiguity' is the 6th Conference of the Sino-Nordic Women and Gender Studies Conference Series, and 140 scholars from all over the world presented papers.

Elisabeth Bjørnstøl, Head of Equality and Non-discrimination at the NCHR International Department chaired the panel on human rights.

Although gender equality and the elimination of all forms of discrimination are fundamental human rights, the rights of women and sexual minorities continue to be violated in a variety of ways in many parts of the world, says Bjørnstøl.

The human rights panel sought to address ways to better protect women and sexual minorities and to highlight deeper structures of discrimination. The researchers in the panel discussed how UN human rights mechanisms can be utilized to advance women’s human rights in China, gender discrimination in the employment sector in China, legal and policy frameworks against domestic violence in China, and identification and practice of homosexual Christians in China.

Laws are necessary, but it is only the first step. They are worth nothing if we don't use them, Professor Liu Xiaonan told the participants.

We cannot stop claiming our space. We have to continue the conversation, and we are more busy doing so than ever, Cai Yiping said.

More information about the conference (including abstracts).