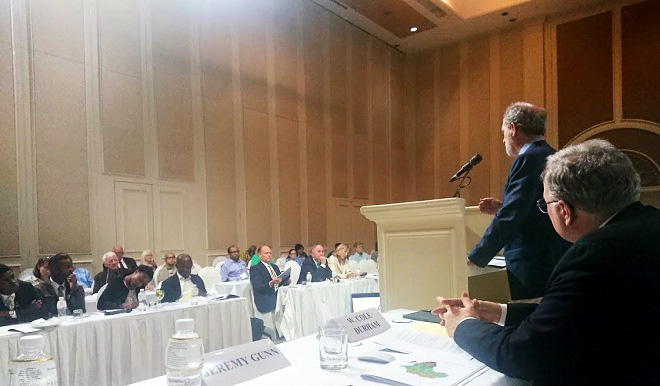 The conference, which took place in Gaborone, Botswana, on 19-21 May 2019 had more than 100 participants mostly from Africa, but scholars from Europe and North America also attended the event.

The Oslo Coalition organised and sponsored a panel entitled ‘Limiting Limitations to Freedom of Religion or Belief’. The panel was based on a similar project developed by the Oslo Coalition.

Despite being the fifth session of the day, and one out of three excellent parallel panels, about 40 participants attended this session. Professor W. Cole Durham Jr. chaired the session and introduced the panellists: Professor T. Jeremy Gunn, Dr Ahmed Salisu Garba, and Thiago Felipe Alves Pinto.

The principle of proportionality

Finally, Dr Garba illustrated these theoretical elements with several examples from Nigeria. The participants interacted with the panellists at the end of the event and demonstrated a deep interest in the issues discussed in the panel.

At the end of the Conference, Professor Cole Durham thanked the Oslo Coalition for sponsoring the panel and for contributing to the development of the ACLARS.