This weekend, the Constitutionalism Research Institute at China University of Political Science and Law (CUPL) held a NCHR supported workshop on gender equality and human rights for 23 Chinese university teachers in Shenzhen, China. The aim of the workshop was to inspire more Chinese university teachers to include gender equality in their teaching activities. 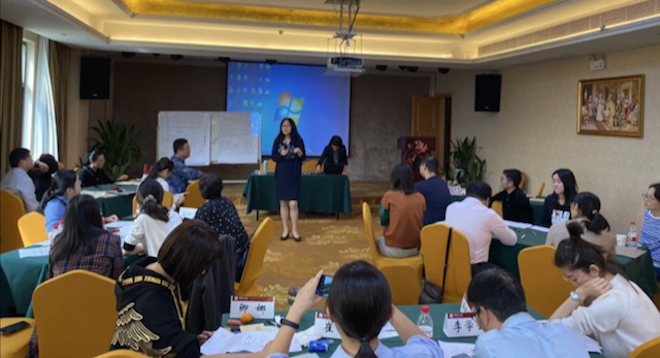 Some of the top experts on non-discrimination issues in China contributed to the workshop. Topics covered in the workshop included domestic violence, gender violence, sexual harassment in the workplace and influential gender discrimination case litigation in China. Separate sessions were held on teaching methodology and on curriculum development.

The workshop took a participatory approach, with lots of room for discussions and experience sharing. The participants got valuable practical advice about how to start their own courses, about curriculum development and about teaching methodologies from the discussions with experts and other participants.

Increased teaching on gender and women’s rights in China

The workshop is part of a larger cooperation programme on gender and human rights between the NCHR, CUPL and the Swedish RWI. When the cooperation started in 2017, only three universities in China offered separate courses on women’s rights and gender equality. Following their participation in the programme, teachers have now opened new courses at fourteen Chinese universities.

The NCHR, CUPL and RWI have also cooperated to support the development of a new Chinese textbook on gender and human rights issues. The textbook was published this spring and is the first of its kind in China. The manuscript was written by a group of Chinese researchers and civil society representatives with special knowledge about gender equality and human rights issues. The textbook is already in use at several universities in China

The NCHR hopes to continue to contribute to increased knowledge about gender and human rights issues among Chinese teachers in the coming years.