Discussing the human rights effects of Covid-19 on vulnerable groups

This weekend Dr. River Hustad from the NCHR International Department contributed to an international webinar about human rights protection of vulnerable groups during the Covid-19 pandemic. 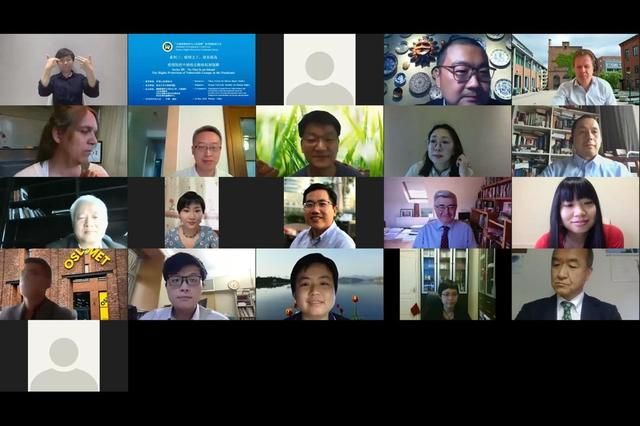 The webinar was organised by the Wuhan University Institute for Human Rights Studies and had more than 50 participants from China, Japan, Norway, Sweden, Netherlands and the USA.

In her presentation, Dr. River Hustad argued that the pandemic and its response was resulting in discrimination in Norway. Dr. Hustad explained how ethnic minorities have suffered a disproportionate infection rate following poor distribution of health information, as well as the indirect result of increased hostility from those who try to foment prejudice from these statistics.

She also discussed how people with mental health issues were disconnected from treatment, as well as from their normal routines and social support networks, an issue that disproportionately also affects LGBT persons in Norway.

Dr. Hustad explained how speech therapy was temporarily halted, causing particular challenges for high-scale autistic children who require consistent routines and face-to-face interaction. The extreme poor in Norway who are homeless were suddenly cut off from housing and food services, especially affecting those with drug addictions.

Those in relatively vulnerable economic conditions are more likely to be employed in fields that were unable to convert to home offices, resulting in job loss or temporary furlough. This is an issue which has disproportionately affected women, Dr. Hustad argues.

Dr. River Hustad joined the NCHR International Department as an advisor in February this year. She has teaching experience from numerous universities in Norway, China, Vietnam, USA and Mexico, as well as the Norwegian Foreign Service Institute and various international institutions.