The NCHR is delighted to announce that Dr Cathryn Costello, Andrew W Mellon Associate Professor in International Human Rights and Refugee Law at the Refugee Studies Centre, Oxford, has been appointed to a Professor II position at the NCHR. 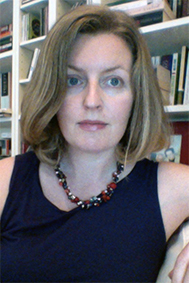 Cathryn Costello has been appointed to a Professor II position at the NCHR.

Her recent articles include Refugees and (Other) Migrants: Will the Global Compacts Ensure Safe Flight and Onward Mobility for Refugees? (2018) International Journal of Refugee Law and  Non-refoulement as custom and jus cogens? Putting the prohibition to the test (2015) Netherlands Yearbook of International Law (with Michelle Foster). Her monograph on the Human Rights of Migrants and Refugees in European Law (OUP 2015) was co-awarded the  Odysseus Academic Prize for 'outstanding academic research in the area of European Immigration or Asylum Law'. She is also the contributed to several studies for the European Parliament and the UNHCR (most recently on Article 31 of the Refugee Convention).

In 2018, she commenced her individual ERC-funded project entitled Refugees are Migrants (RefMig), on mobility, status and rights of refugees, which includes a strand on international organisations in the refugee and migration regimes, and a strand entitled Recognising Refugees on the diverse modes of refugee recognition in the EU, Kenya, Lebanon, South Africa and Turkey.

The appointment is to establish a research partnership between Professor Costello and Professor Maja Janmyr, Professor in International Migration Law.  Professor Janmyr is author of the book Protecting Civilians in Refugee Camps: Unwilling and Unable States, UNHCR and International Responsibility (2014).

Her current research focuses on refugee rights in the Middle East, with a particular emphasis on the situation of Syrian and Sudanese refugees and migrants in Lebanon. She is on the Advisory Board of Dr Costello's RefMig project, and they plan further collaboration on refugee protection in states that have not ratified the 1951 Refugee Convention.

At this critical time for the global refugee regime, they aim to highlight the important legal and ethical questions around protection standards in the countries where most refugees live, with particular focus on unexplored legal issues.