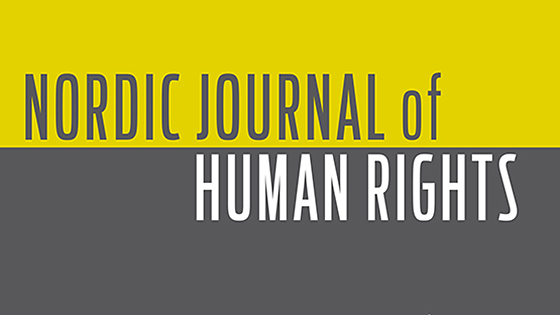 Due to the large number of submissions we have received (thank you), the deadline for getting back to the authors is extended to 9 July. We will only be contacting those authors whom we want to invite to submit a full paper. The other deadlines remain unchanged.

Human rights seem to be at a crossroads and are subjected to harsh criticism quite often. According to some scholars, the idea of human rights has failed to deliver on its radical promise of emancipation. Since its inception in the aftermath of World War II, the international human rights system has evolved through a number of successive phases and, arguably, we are now in the middle of a new stage of rethinking and development. In his landmark 2005 report, In Larger Freedom, the late UN Secretary-General Kofi Annan identified several human rights challenges, including poverty and global inequities, discrimination, armed conflict and violence, impunity, democracy deficits, and weak institutions. More than 15 years later those major challenges still hold true. The so-called liberal international order seems threatened by waves of populism and authoritarianism. Global warming and the pollution of the environment pose major challenges to life on our planet.

For the 40th anniversary of the Nordic Journal of Human Rights – a leading forum for interdisciplinary exchanges on human rights in the Nordic region and beyond – we invite papers that provide insights on the future development of human rights. Looking back at the past 40 years, it is evident that human rights – as a legal, political and social practice – have experienced significant achievements and successes, some notable setbacks and failures, and a number of unprecedented and unforeseen events and developments. Likewise, the academic study of human rights has matured and become increasingly specialized. Yet, rather than retrospectively summarizing these 40 years, we wish to use the occasion to invite scholars and practitioners to prospectively conjecture about what the coming decades may hold for human rights, to discern where current trends are likely to lead, and to make sense of the future they herald. Speculating about the future, let alone predicting it, is a daunting task for academic researchers and practitioners alike.

We call for papers that are theoretically informed, empirically grounded and methodologically rigorous in their ambitions to advance not only the academic study of human rights, but also its relevance to reflective practice in the real-world (Corley and Gioia, 2011). Expectedly, these papers will set agendas and advance new potential lines of inquiry. True to the multi-disciplinary approach of both the journal and the subject of human rights, we welcome contributions from different disciplines, including but not limited to international law, political science, sociology, history, philosophy, and anthropology.

By Gentian Zyberi
E-mail this page