Sevda Clark will be defending the thesis The Child Subject - An Intertextual Reconstruction of Liberal subjectivity for the degree of Ph.D. 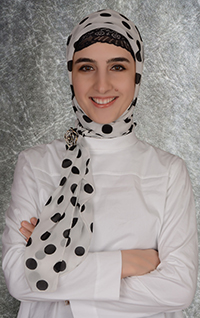 April 30th 10:15 am-11:00am in Gamle festsal. The trial lecture topic is; "Reflections on how legal and multi- and interdisciplinary  methods in human rights law and research have developed over time"

Challenging the Law’s Disablement of Children: Rivers now have legal standing, and so should children

Several rivers around the world are gaining legal standing – a right held by corporations for centuries - but in most of the world children still do not have that right. Last year, New Zealand parliament granted legal standing to the Whanganui River and ecosystem, guaranteeing the river’s “health and well-being.” Soon after, an Indian court’s ruled that the Ganges and Yamuna rivers and their related ecosystems have “the status of a legal person, with all corresponding rights, duties and liabilities ... in order to preserve and conserve them”. Sevda Clark’s thesis travels back in time to the 12th Century in Spain to unravel why modern governments and courts are finding it difficult to grant children the same rights as rivers and corporations.

Recent government and court decisions are denying this right to children. The Norwegian government for example, has recently ruled out the possibility of ratifying the Third Optional Protocol to the Convention on the Rights of the Child which provides children with a complaints mechanism to the Treaty. In advanced Western democracies, though denied legal standing, children can consent to sex, such as in France, where the courts held in 2017 that an 11 year-old girl consented to sex with a twenty-eight-year-old man who was said to have lured her to his home from a local park in the North of Paris. Children can also face criminal charges, such as a 12 year-old girl in the UK who sent a topless photo of herself to a paedophile who groomed her online. At the heart of the mother’s words, “My child is a victim of grooming but now she might be branded a criminal,” lies the motivation for, and conundrum at the heart of Sevda Clark’s thesis. Namely, how it is that a child is deemed to have capacity at law to be criminally prosecuted, but at the same time, that very same child is refused the right to knock at the courthouse door to claim remedies for violations of their own human rights?

The reason behind this contradiction in our modern legal system lies in the ideas of key enlightenment figures – such as Rousseau and Locke – who defined the modern individual as a reasoning adult male. Sevda Clark carefully traces Rousseau and Locke’s influences and finds an important text central to both thinker’s ideas – Hayy Ibn Yaqzan by the 12th Century Spanish author Ibn Tufayl. Hayy is stranded on an island, much like the more famous book Robinson Crusoe, but crucially, is from childhood. Clark argues that Hayy Ibn Yaqzan represents the first political thought experiment, and offers a relational individualism which can conceived of children as individual rights holders. Enlightenment thinkers drew on this work but ignored key points and defined the human subject in terms of economic individualism.