Sigrid Redse Johansen will be defending the thesis On military necessity: And the commander’s assessment of military necessity under the international law of armed conflict during conduct of hostilities for the degree of Ph.D. 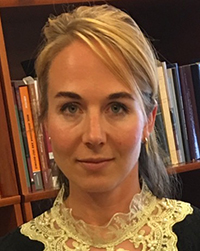 Military commanders’ assessment of military necessity: how much is one too many in war?

Necessity knows no law is an old expression. But there are rules in war. My thesis concerns the concept of military necessity in armed conflict. More closely what a military commander assesses to be militarily necessary – and therefore lawful. In order to answer the question I have analyzed the legal limits to the commander’s assessment of military necessity during conduct of hostilities. I argue that military necessity in itself does not entail a limitation – on the contrary, it is a permission – but that this permission is subject to limitations. A belligerent State may for example argue that it is necessary to use area bombardment in order to weaken enemy control over an area. The resort to area bombardment is, however, limited due to humanitarian considerations, namely the concern for the civilian population.

The application of these highly discretionary limitations are, however, accompanied by very little guidance, apart from high expectations to the military commander’s reasonableness. For example: the reasonable assessment of “severe” civilian losses, as opposed to “excessive” civilian losses, are presumed to be almost intuitive. Such an intuitive distribution of meaning to discretionary terms and expressions is difficult to reconcile with an expectation of the law as objective and not the outcome of the subjective preferences of each military commander. Objective standards for determining excessive civilian losses are difficult, if not impossible, to identify – particularly due to the fact that the perception of excessiveness always is relative. The perpetual question arises: are the civilian losses acceptable if the war can be won? The result is a heavy burden of assessment placed on the shoulders of the military commander.