Melanie Hack at the departement of Private Law will be defending the thesis Taking age equality seriously: The example of mandatory Retirement. A comparative legal analysis between Norway and Germany in light of Council Directive 2000/78/EC for the degree of Ph.D. 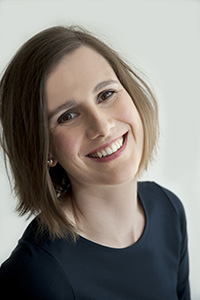 Age limits that require an employee to stop working when they reach a certain chronological age - so-called mandatory retirement - are currently the subject of discussion at a national, European and international level. There are two main reasons for this:

From a legal perspective, the second main reason is that the age discrimination prohibition has been enshrined and considerably strengthened in international and European law in recent years. Under Norwegian law, the prohibition on age discrimination is covered in Section 13 of the Working Environment Act. EU legislation plays a special role in the interpretation and understanding of the provisions of the Working Environment Act.

This aside, research analysing the ageing process has shown that ageing differs from person to person and depends on a variety of factors. Ageing cannot solely be regarded as something that entails the deterioration of mental abilities and physical skills. Thus, should age limits still apply on the basis that occupational performance deteriorates after a certain age?

Another question is whether an age limit can be justified as a way of ensuring a balanced age structure in an enterprise, where older workers have to retire to free up jobs and career opportunities for younger employees? Should the older workers not instead be motivated in line with the pension reform to work as long as possible?

These are some of the key questions analysed in the Ph.D. thesis. Three examples of age limits have been selected where such patterns of argumentation apply and are frequently referred to in the legal discussion: 1. age limits for doctors, 2. age limits for professors and 3. age limits for pilots. These age limit rules are analysed in relation to whether they are compatible with the age discrimination prohibition provided for in European law and concretized in Council Directive 2000/78/EC.

The starting point of the Ph.D. thesis is that the objective must be for every worker to have, in principle, the same opportunity to participate fully and equally in the labour market, regardless of their chronological age. It must be about an individual’s freedom to choose whether they continue to work and remain in the labour market or not. At the core of this is the realisation of the right to work. Statutory age limits and age limits in collective agreements are obstacles to realising this objective.

The thesis argues that in order for age equality and thereby the age discrimination prohibition to be taken seriously, analysis of the compatibility of age limits with the age discrimination prohibition must correspond with research findings from neighbouring disciplines. This is important for testing whether the arguments that are used to justify mandatory retirement can be upheld. Beyond this, the study is comparative in that it describes and compares the legal situation in Norway and Germany in the light of European law.

If the age limits do not prove to be compatible with the age discrimination prohibition, what then are the alternatives for the transition from working life to retirement? The Ph.D. thesis discusses flexible solutions to replace absolute age limits. The consequences of flexibility are a reorganisation of working life and labour law reforms. Flexible routes to retirement include, for example, flexible work schedules, job-sharing, phased retirement, part-time work and teleworking. Put simply, flexibility is the key in a process of reorganisation and reform such as this.

Inclusion of older workers instead of exclusion

The study concludes that in light of the challenges of an ageing population – as is clearly the case in both Norway and Germany – there is reason to welcome those employees who are willing and able to extend their working life instead of excluding them from the workplace simply because they have reached a certain age.