New guest researcher from the University of Gdansk

The project has now been joined by Magdalena Konopacka who will be a guest researcher in Oslo through 2019. 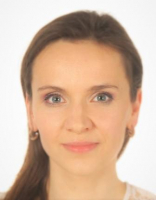 Her area of expertise covers EU law, comparative private and constitutional law, judicial dialogue, ADR, law&economics and gender economics, but she is aiming at an interdisciplinary (including social and political) approach in her research. Recently she participated in workshops at the Herder Institute on Heritage Activism in Cities of Eastern Europe and Russia from 1968 to the Current, presenting her paper: „The City of Freedom. On subversion and resistance among judges, politicians and citizens during the Martial Law in Gdańsk (1981) and its present echoes.” Magdalena also spoke on the situation in Poland upon invitation by the Hungarian Academy of Sciences to the event: „The state of liberal democracy in Central and Eastern Europe. Workshop on the I·CONnect-Clough Center 2017 Global Review of Constitutional Law”. She is an author or co-author of many articles and a few books on the above subjects.

From February 2019 until February 2020 Magdalena is a visiting researcher at the UiO Department of Private Law, involved in the JuS project. Her aim is to present and critically analyze case law of Polish, particularly Pomeranian courts, under the nazi and communist regimes, in order to establish the patterns of judicial subversion and resistance and its possible effects on current behavior and independence of the judicial branch in Poland.