Judges under Stress JuS - the Breaking Point of Judicial Institutions

How do rulers seek judicial compliance with authoritarian measures, how do judges react to such measures, and what are the conditions under which an independent judiciary breaks down? We will adress these questions from the perspective of institutional theory, looking at the experiences of Central and Eastern European states under communist rule. We will compare these experiences with experiences from other countries. 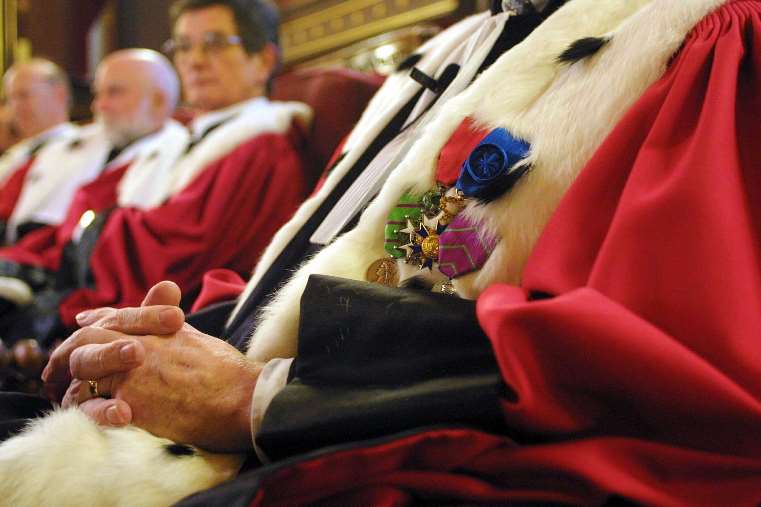 The project will look at how rulers seek judicial compliance with authoritarian measures, how judges react to such measures, and the conditions under which an independent judiciary breaks down.

There are courts in Europe that are facing powerful political forces calling for illiberal measures. It is to be expected that the higher degrees of social concern and conflict that we experience in Europe today will challenge basic elements of the rule of law and thus put higher demands on the judiciary, both in the post-communist countries and in countries of Western Europe. The project will look at how rulers seek judicial compliance with authoritarian measures, how judges react to such measures, and the conditions under which an independent judiciary breaks down. It will explore how the conditions of an independent judiciary differ in countries with different legal traditions. This will be studied by surveying differences in the fascist and communist approaches to law. Based on a historical comparison of different European countries, we will explore whether variances between different countries can be can be explained by differences in the long historical traditions of their legal institutions.

The project is multidisciplinary in the intersection between law, legal theory, legal history and sociology of law. It will employ the normal tools of legal analysis on the legal material of the time of communism in the selected country studies. It will also employ empirical studies by searching for evidence of the courts being used as mere mock trials in political cases and for evidence of rulings in political cases where judges acted independently and did not return the verdicts expected by the regime. We will search for and examine laws delimiting the jurisdiction of the courts in relation to security forces and detention regimes and to what extent such cases were brought to the courts and how they were dealt with. We will also see to what extent the operations of security forces and political police had a formal legal basis, and to what extent they operated in contradiction to formal legal requirements. We will study this by examining legal reasoning in court decisions and legal doctrine on issues and laws that are particularly oppressive in nature or questionable from the point of view of national and international standards.

Organisation of the Project

The project is located at the Department of Private Law at the Faculty of Law, University of Oslo, with professor Hans Petter Graver as project manager. The law faculty has vibrant and strong groups of researchers doing works on courts and the judiciary, in legal sociology and legal history. An aim of the project is to build a group with a core of researchers from the faculty with the participation of researchers at other institutions abroad. In addition to the project manager they consist of professor Christoffer Eriksen and Malcolm Langford at the Department of public law and professor Peter Scharff Smith at the Department of Criminology and Sociology of Law. Graver an Scharff Smith cooperate in the newly established course at the faculty on Law, Ideology and Human Rights Violations. The group will be joined by Dr Magdalena Konopacka, University of Gdansk who will spend one year in Oslo as a visiting researcher, and by two post docs and one PhD-students.

The Project is financed by FRIPRO-funding from the Research Council of Norway and the University of Oslo.