Stories of drug use are important among Cannabis users

Stories about drug use strengthen a sense of unity and shape identity. 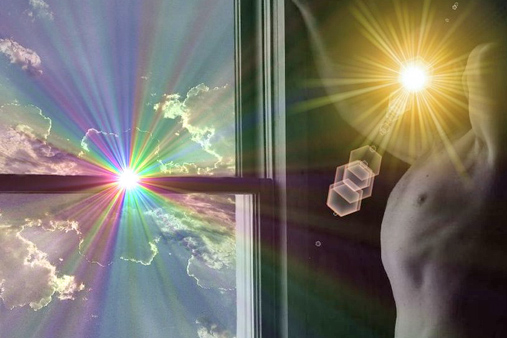 «He who fights with monsters,» said Nietzsche, «should be careful lest he thereby become a monster. And if thou gaze long into an abyss, the abyss will also gaze into thee.» From Beyond Good and Evil. Photo: Wikimedia Commons.

Cannabis – a gateway to the subconscious.

Fredrik tells of how cannabis helped him relax and overcome his anxiety problems. His story is only one of many such stories found in that segment of the cannabis movement focusing on the drug’s medicinal qualities. Another cannabis user, Torsten, says that for him it is not about self-medication, but the opening of the senses:

You think in a different way. Maybe your subconscious reaches the surface. It is impossible to talk about it without sounding crazy (laughs). But it is as if there is a diminished boundary between dream and reality. It is the psychedelic effect that has been most attractive – that psychedelic thing. All those weird, funny things you can imagine, and also the really nice feeling of things. Your senses open up. Just looking at the sky. It feels clearer. It gives a stronger impression. Listening to music becomes more interesting and you feel that you understand the music better.

Fredrik and Torsten’s stories about why they use cannabis are examples of stories often found amongst cannabis users. In the chapter «Meeting the Djinn. Stories of Drug Use, Bad trips and Addiction,» in the anthology Narrative Criminology. Understanding stories of crime, Professor Sveinung Sandberg and Assistant Professor Sebastian Tutenges present several of these stories.

Stories about intoxication are part of the cultural practice that contributes to creating community and solidarity among the cannabis users. The stories also frequently help show that the use of intoxicants is a way of breaking with the conformity of society, and with the daily grind. Hence the cannabis stories are often characterized by descriptions of boundary-breaking states and experiences, says Sandberg.

Bad trips and visits to the abyss.

Stories about intoxicants as methods of achieving boundary-breaking states and experiences, and also cannabis as medication, have a long cultural and literary history. Familiar from the West are for instance Thomas De Quincey’s «Confessions of an English Opium-Eater» (1821), Sigmund Freud’s recommendation of cocaine in «On Coca» (1884) as relaxing and good for the dental hygiene and the Beat generation with Alan Ginsberg and Jack Kerouac’s stories about intoxication as rebellion against the power of authority. The hippie movement in particular, and what many have criticized as its glorification of drug use, has created many positive stories about drug experiences.

There are also more destructive stories among users, like stories about «bad trips» and drug addiction. A «bad trip» is usually only experienced once and is interpreted as a warning against going too far and losing control of the drug use. Or as some of the cannabis users describe it: getting stuck in the abyss.

According to Sandberg and Tutenges, all societies have stories about abysses and the dark sides of society. In earlier societies there were encounters with the subterraneans, magical creatures or the devil. Contemporary destructive drug stories share many features with these. It is encounters with «the other side» that are frightening, but also vitalizing – it provides insights. It is important to understand and study these stories, Sandberg thinks, in order to understand why people are attracted to intoxicants.

Is it so that stories only help legitimize criminal acts, or do they also cause criminal acts? This is a central question engaged within the field of narrative criminology, Sandberg explains.

Narrative criminology is a growing theoretical framework for the study of stories within criminology. We are interested in how collective and personal narratives initiates, continues and affects how a person refrain from harmful actions. By studying stories of drug use we can map some of the motivations the users have for using illegal drugs.

Narrative criminology seeks to explain causes of crime by looking at how they are motivated by cultural narratives. In the anthology «Narrative Criminology. Understanding Stories of Crime» edited by Lois Presser and Sveinung Sandberg, they have gathered together researchers who have employed this method to understand topics as varied as; drug use, how stories contribute to violence among inmates, how the atrocities committed against indigenous peoples during the 1800s in the USA were founded on biblical narratives or how changing stories have affected tax evasion in Italy.

- is a term used to describe political voices who wants legalization of and/or decriminalization of cannabis. This is not a uniform movement, but includes several different groups and rationales.