To mark the launch of the Forced Migration Review special feature on non-signatory states and the international refugee regime, the BEYOND project organized two launch events. The recordings of these events can be watched here. 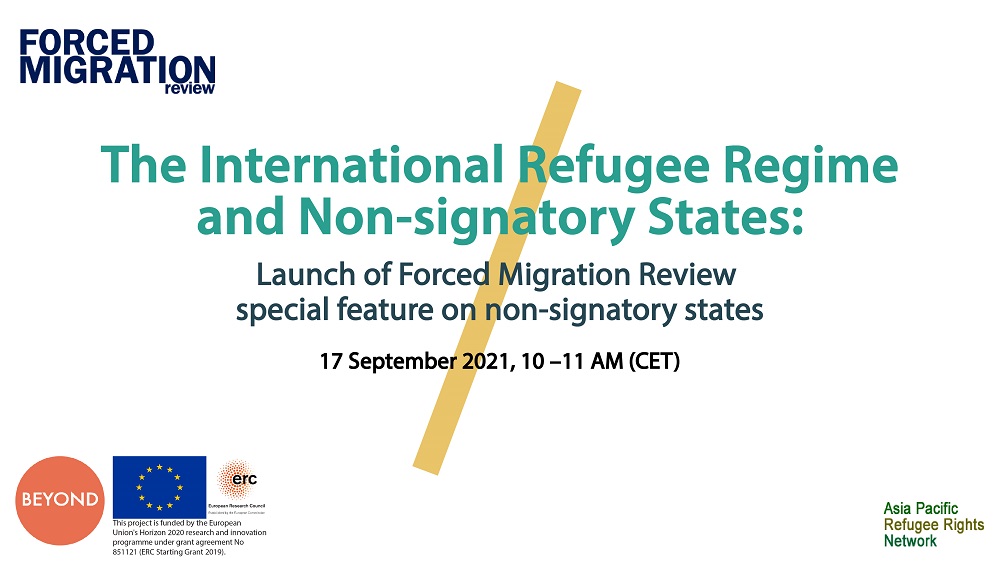 Legal Aid Beyond the Refugee Convention 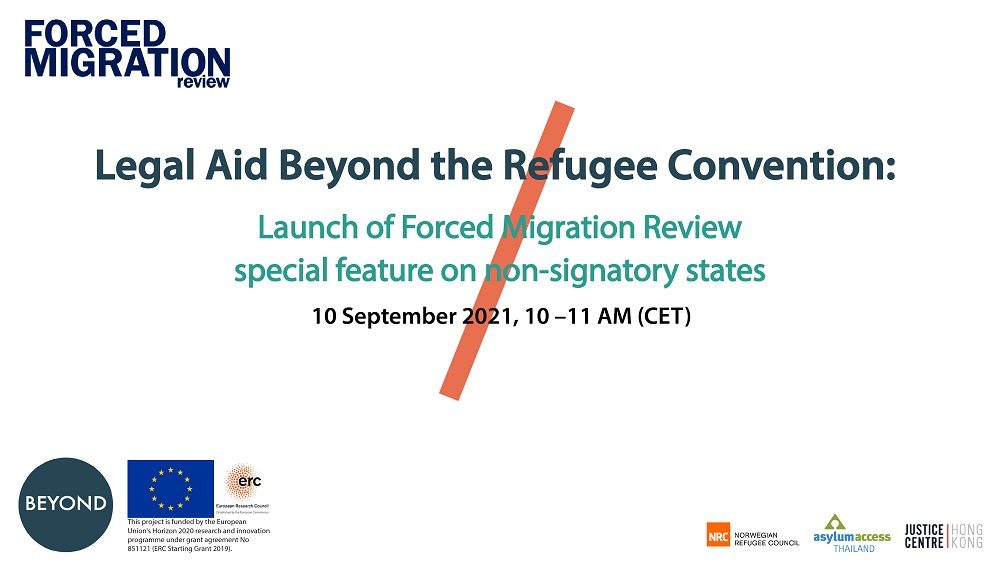 The launch event on September 10, 2021 focused on the work of legal aid actors in improving protection for refugees in states that have not ratified the Refugee Convention.

Legal aid actors in non-signatory states play a critical role in interpreting the law and finding arguments beyond the Refugee Convention to provide for the protection of refugees.

With examples from Lebanon, Jordan, Thailand and Hong Kong, the organizations discussed the legal instruments they rely on in absence of the Refugee Convention, how they interact with other actors of the international refugee regime such as UNHCR, and the strategies they use to promote and improve refugee protection in the countries they operate.

This launch event was organized by the BEYOND project in collaboration with the Norwegian Refugee Council, Justice Centre Hong Kong, and Asylum Access Thailand. Maja Janmyr and Nora Milch Johnsen moderated the discussions.

The launch event on September 17, 2021 explored how non-signatory states engage with the international refugee regime and the role of the Refugee Convention in these states.

This roundtable was organized by the BEYOND project in collaboration with the Asia Pacific Refugee Rights Network. The discussion was moderated by Maja Janmyr.

All articles of the Forced Migration Review special feature on non-signatory states can be accessed on FMR's websites.