Cand. jur Eivind Furuseth will be defending the thesis: The relationship between domestic anti-avoidance rules and tax treaties for the degree of Ph.D. 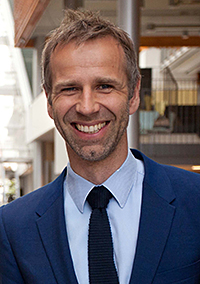 There are more than 2,000 tax treaties around the world and an important question is whether these agreements limit a state's ability to crack down undesirable tax planning. The PhD thesis demonstrates that in many situations tax treaties puts serious limitations on a state's ability to make use of domestic rules to prevent undesirable tax planning.

Hot topic
The thesis is particularly relevant in these days where there is a massive focus on the OECD/BEPS work, Panama Papers, Starbuck, Apple, Google etc. Many of the big multinational companies make use of basically fully legitimate methods to reduce taxes. Meanwhile, governments are increasingly focusing on the part of this tax planning is undesirable and states want to put a stop to this by using their domestic rules. The tax authorities often forget that the use of such domestic rules could be in conflict with tax treaties and therefore cannot be used.

Methodology
In order to decide whether the treaty restricts the use of domestic anti-avoidance rules the treaty must be interpreted. A basic principle in tax treaty law is that if the national rules are contrary to the treaty the tax treaty prevails. In other words, if the treaty gives the taxpayer a benefit (typically a lower tax than what follows from domestic law) the tax authorities may not deny the taxpayer this advantage by applying a national circumvention rule. State A and State B have agreed between themselves on how the taxation between these two countries should be shared to avoid double taxation. One of the contracting state may not, after the taxing right is shared between these two countries, and apply the domestic anti-avoidance rule to override the tax treaty.