States should take steps in order to protect all water users. A study from South Africa, Zimbabwe, Malawi and Kenya suggests a continued need for protection of vulnerable groups' right to water for livelihood and sanitation. 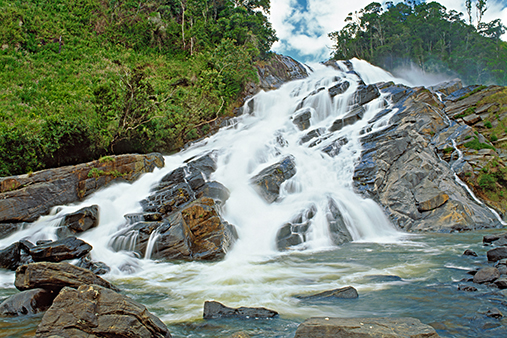 Research from the four countries focus on the state responsibility to respect, protect and promote the human right to water and sanitation in three dimensions:  the provision of water infrastructure, regulation in terms of a participatory and transparent governance structure and redistribution of water resources.

The closing conference Gender, Human Rights and Water Governance held in Pretoria 25-26 September 2013, of the project “Human rights and gender dimensions of water governance in Africa: Actors, norms and institutions” presented findings from empirical case studies focusing on women’s access to water for livelihood and sanitation in national laws and policies and local practice in South Africa, Zimbabwe, Malawi and Kenya.

A key question was how the human right to water and sanitation has affected women’s position as water users and participants in water governance at the national and local level.

Water management in a holistic way

The human right to water has increasingly been implemented in governance structures in African states. In recent years there has been a rights based approach when it comes to securing water and sanitation. The government institutions in all four countries also have a gender representation in local and national governance structures. Even though the law provide for the women’s participation in these structures, the laws are not always implemented. Moreover, women do not always enjoy the security they are entitled to in provision of water and sanitation services.

There is a wide range of providers in securing water in the four African states that is studied. The key actors are donors, NGOs, humanitarian agencies, private service providers and the local community. Still, it is the research team’s view that it is the state’s obligation to ensure that water services are affordable – also when NGOs or private sector actors are hired as service providers.

The research focuses on water management in a holistic way. Thus, it is the research groups` view that the human right for water has been too narrowly defined in that it focuses on securing clean water mainly for sanitary purposes and domestic use. The right to water is important for women for multiple uses, such as food production, health, economic and for other general purposes. In this perspective, the rights to health, to food and to an adequate standard of living go along with the affordable access to water.

Right to water for vulnerable groups

In all four countries, there are local investments in water infrastructure, which is outside state responsibility. In rural communities especially, there are water pumps, collective wells and wet land areas. These water resources are seen as shared common resources. In some urban areas public services are not available for all.

The four countries have western water management laws from the colonial period, and the rural population has inherently enjoyed the right to clean drinking water. However, in the 1990’s there has been an increasing use of various permit systems that facilitate commercial rural water uses. The concept of Integrated Water Resources Management does not always share the same norms as local water practices. One challenge with the introduction of these permit systems is that it may exclude small scale users who cannot afford the permit, and who consequently get a second-class legal status. Also, there is a danger that the government will be unable to provide permits for all the users who apply for license. For this reason, states should take steps in order to protect all water users, regardless of their size.

At local scales, poor women have traditionally few opportunities in controlling of land and natural resources, and from a gender equality perspective, the infrastructure investments should give priority to multiple uses. At national, regional and global scales, there is a need to identify the drivers of water development. The corporate sector tends to see water resources as an economic good instead of a common pool resource.

In sum, the right to water and sanitation has not been translated into an enforceable right, with the exception of South Africa. For the vulnerable water users, and especially women, the existing government structures do not have the necessary mechanisms to secure their needs, and water for livelihood should therefore be linked to the gender strategy of the African Ministers Council of Water.

By Ingebjørg Wevling and Ina Marie Ausland
E-mail this page