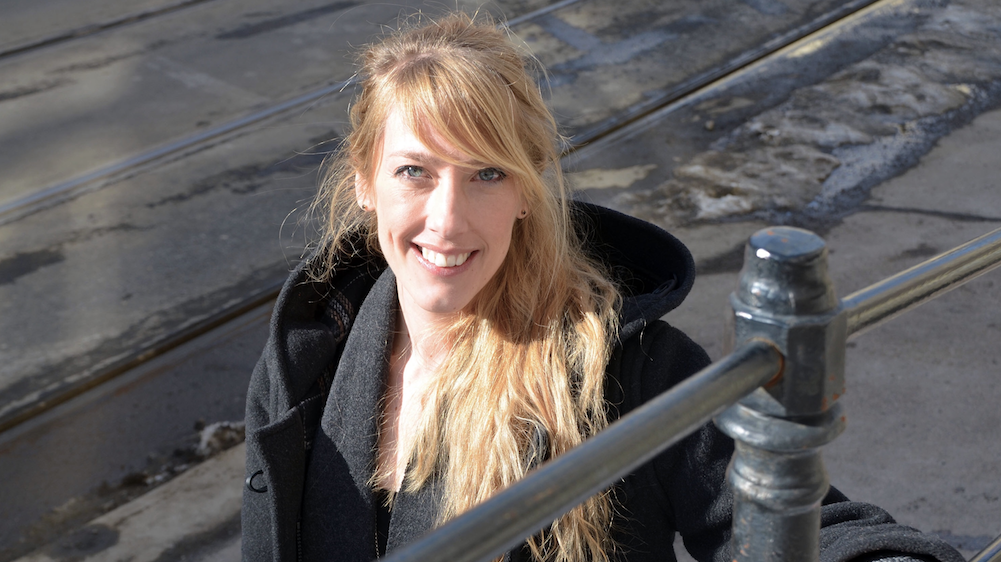 – This is comes as a big surprise, but a very pleasant one! After an incredibly challenging pandemic year, where a lot of the research my team and I were supposed to do has been put on hold, this award means a lot, says Janmyr.

– The recognition is a motivation to move forward, even though the work will probably be quite challenging also in the time ahead, she continues.

Maja Janmyr is Professor of International Migration Law at the Department of Criminology and Sociology of Law, and leads a number of groundbreaking international and interdisciplinary research projects on refugee protection. Janmyr’s current research focuses on international refugee law in countries that are not parties to the 1951 Refugee Convention.

Janmyr says that the award is an important validation of research on refugee rights:

– It's very positive that this award draws attention to refugee and migration law. This year marks the 70th anniversary of the Refugee Convention, and is as such an important time for discussing questions related to international conventions and refugee protection.

– In several projects that I currently lead, we study the impact of the Refugee Convention in countries that have not ratified it, yet host a large share of the world’s refugees, says Janmyr.

The project "Refugees and the Arab Middle East: Protection in States Not Party to the Refugee Convention (REF-ARAB)", led by Janmyr, is funded by the Research Council of Norway to study refugee protection in the Arab Middle East, a region where few states are parties to the Convention. REF-ARAB draws on both historical and legal perspectives to understand the characteristics of refugee protection in the region, and the practice of different actors at the local, national, and global level.

In addition, Janmyr was the first legal scholar in Norway to receive a Starting Grant from the European Research Council for her project “Protection without Ratification? International Refugee Law beyond States Parties to the 1951 Refugee Convention (BEYOND)”. Janmyr will spend the next five years studying the influence of the Refugee Convention in states that have not ratified it, and how these states engage with and help create international refugee law.

Through the BEYOND project, Janmyr aims to develop the first genuinely global and empirically based theoretical framework for understanding the behavior and position of states not party to the Refugee Convention. Over the next few years, the project will carry out case studies on international refugee law in Bangladesh, Lebanon, Pakistan, and Turkey.

Contributes to the research community

The award announcement states that Janmyr in a short period of time has become a recognized expert in migration and refugee law, both nationally and internationally.

Janmyr chairs the Faculty's Research Group on Migration Law, and has in addition built a migration research community at the Faculty of Law which has attracted a number of acclaimed researchers.

Ragnhild Hennum, Dean at the Faulty of Law, says that the award is well deserved and telling of what a talented young scholar Janmyr is. – The Faculty is proud of Maja and very happy that her important research receives recognition.

May-Len Skilbrei, Head of Department at the Department of Criminology and Sociology of Law, says the award is a validation of Janmyr’s approach to research:

– The Department is proud of Maja and happy that the University rewards the kind of international and interdisciplinary research that Maja is doing, says Skilbrei. - Not only is Maja a brilliant young researcher, she also does a great job including others and taking initiatives that others can benefit from.

– As a leader in a highly competitive field with strong focus on outstanding “number ones”, I think it's very important to recognise those who also contribute to building community in academia, says Skilbrei.

The University of Oslo Award for Young Researchers is issued annually by the University Board to a researcher or group of researchers under the age of 40 who have demonstrated excellence in their research.

The objective of the award is to inspire and to recognise promising young researchers. The award ceremony is held at the University of Oslo's Annual Festivities that takes place each year in September and the award recipient receives a diploma and 250,000 NOK. Read more about the award (in Norwegian).