UiO The Faculty of Law Department of Criminology and Sociology of Law
Main navigation
Back to uio.no
Sub navigation Menu
Research > Research projects > MIGMA > News > Working for a more effective and humane return

Working for a more effective and humane return

This March, Turkey and the EU reached an agreement that migrants entering Greece irregularly from Turkey would be sent back to Turkey. In return, Turkey will get economic resources from the EU. This is only one example on how states cooperate on migration management and has caught the interest of IKRS researcher Özlem Gurakar-Skribeland. 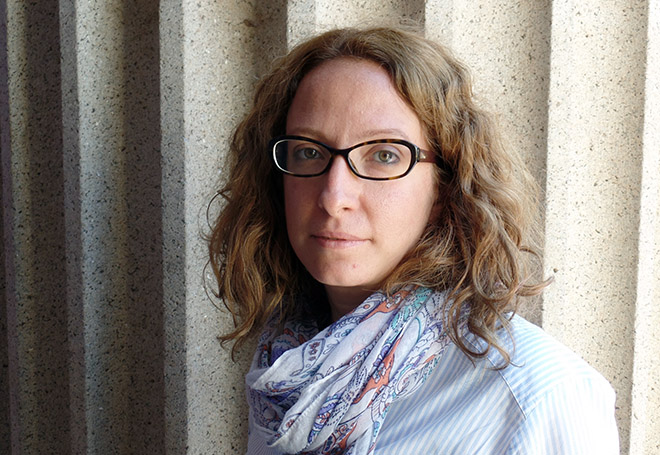 Özlem Gurakar-Skribeland has a bachelor’s degree in law from Turkey and a masters in law from the US. Photo: UiO

PhD candidate Gürakar-Skribeland explores host-state responsibilities in the context of return. Her PhD is a part of the project “Transnationalism from above and below: Migration management and how migrants manage (MIGMA)” led by professor May-Len Skilbrei. At the end of 2014 Gurakar-Skribeland moved to Oslo and while in Norway she has already authored the report “Seeking Asylum in Turkey” for the Norwegian Organisation for Asylum Seekers (NOAS).

The legality of return

According to Gurakar-Skribeland, there has in the past year been intense focus on cooperating with Turkey as part of Europe’s response to what has often been referred to as a refugee or migrant crisis. The March 2016 deal is particularly important in this respect, because it involves return of not only economic migrants but also refugees and asylum seekers in need of international protection. The deal is based on the problematic assumption that Turkey qualifies as a safe country where these people can actually receive the protection they need, in line with international law standards. Whether it is return of rejected asylum seekers and non-asylum-seeking migrants, or return of refugees and asylum seekers in need of international protection, return raises very important legal and human-rights-related issues.

“To examine these issues  will be my focus in the next years” Gurakar-Skribeland says. “Migration and return are very topical issues and will become only more relevant in the coming years. It is important that we research into this area and contribute with our findings to better-informed policies and laws, and a more effective and humane overall approach. In such a complex area, it is really great to be part of a multi-disciplinary team of researchers who are all bringing their different perspectives and expertise into the project. The prospect that our work can have very real policy implications is very exciting.”

To understand how migration policies are forged and practiced, and how they impact on the lives of migrants, are evidently important tasks in contemporary Europe. In this endeavor migration studies will benefit from how MIGMA builds on the long standing tradition in criminology of problematizing the relationship between how policies are imagined and enacted, and how laws and their policing impact on their objects, Skilbrei states. She is very happy that MIGMA combines perspectives from social science, law and the humanities. Multidisciplinary projects depend on representatives from the various disciplines being able to bring something to the table, and Skilbrei is certain that Gurakar-Skribeland is the right person for taking on the task of exploring the legality of return.