Azin Tadjdini at Department of Public and International Law will be defending the thesis: Constitutional De-Secularization and Limitations in Equality of Liberty for the degree of Ph.D. 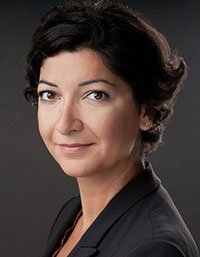 Postdoctor Tone Linn Wærstad will act as a substitute member for Professor Frances Raday during the defense.

Constitutional de-secularization and limitations in equality of Liberty