Master of Laws Anders Narvestad will be defending the thesis "Høyesterett og folkeretten" for the degree of Ph.D. 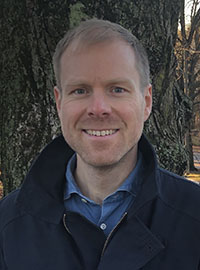 There is a limited number of seats at the disputation. There will therefore be registration in advance and you will find the form HERE  Deadline for registration is 14th of January.

You will find the link HERE

The relation between Norwegian and international law – the basic principles

What is the relation between Norwegian and international law? This project first explores two principles of Norwegian law. First, the so-called principle of dualism, which tells us that international law cannot be applied here without the prior authorization of the Norwegian parliament. The principle’s history, its factual, normative and legal basis, as well as its presence in legal literature and practice, is analyzed. The principle sees international law as something fundamentally different from domestic law, an idea imported to Norway somewhat more than a century ago, which may not be fully adapted to modern times.

Second, the principle of consistent interpretation (“presumpsjonsprinsippet”) is scrutinized, a principle which tells us that Norwegian law should be construed so as to avoid the breach of international obligations. Sometimes we say domestic law should be interpreted this way because it is what the parliament would have expected. That notion overlooks that respecting international law is a value independently recognized in the Norwegian legal tradition.

In addition to the investigations of said two principles, the project analyzes how the principle of legality limits domestic use of international law, as well as what other legal grounds there could be for applying domestic law in harmony with international law.