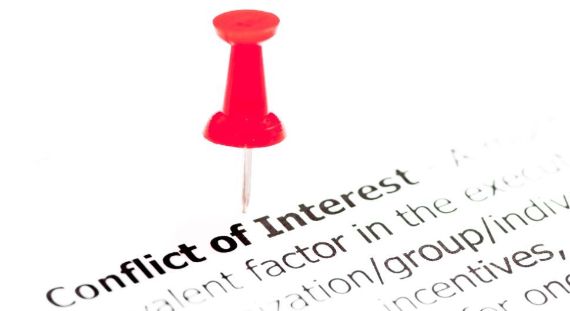 These actors have great expertise but they block diversity (...) in the system. Many are also ‘double hatting’ which raises ethical concerns, Behn says. Illustration: Colourbox

Digging deep into the casefiles of international investment arbitration and using various big data methods, the authors identified a core of what they call the ‘power brokers’ in the field.

A small group, of almost exclusively Western men, shift seamlessly between different roles as arbitrator and lawyer in the settlement of multi-million dollar disputes between states and foreign investors. This includes double hatting where actors are in different roles simultaneously.

For the first time, we have been able to get an overview of who the central players in the international investment arbitration system are, says Professor Malcolm Langford.

The debate about the concentration of power and double hatting by lawyers has been a central issue in the so-called legitimacy crisis of international investment law. The system has also been critiqued for a lack of transparency and Western dominance. Yet, discussions have to a large extent relied on anecdotal evidence, until now.

Who are these lawyers?

In the last few years researchers at PluriCourts Centre for Excellence at the Faculty of Law have built PITAD. It is a database that contains extensive information on more than 1100 international investment arbitration cases and also draws automatically on related information from other sources.

- Using social network analysis, we have identified and analyzed 3910 individuals who play different roles in the system, explains research fellow Daniel Behn who has been one of the major drivers of PITAD.

The article provides extensive evidence on the identity and network power of these actors. As the figure shows, a small group of 25-30 individuals (1 percent of all the lawyers) completely dominate the system.

Basically, we can see that there is small, tightly knit, network of actors at the center of international investment arbitration. They have generally been in the system for a while, and have great institutional power, Lie explains.

But why does it matter that the same group of people reoccur in different roles?

- These actors have great expertise but they block diversity and the inclusion of women and developing country nationals in the system. Many are also ‘double hatting’ which raises ethical concerns, Behn says.

The key worry with double hatting is that an arbitrator might be tempted to make decisions that favor their work as legal counsel for clients. Even if an arbitrator avoids such a temptation, the appearance of a conflict of interest is a problem. It can cast doubt on their impartiality and suitability.

The authors have identified that a remarkable 47 per cent of cases fall into this category of double hatting cases, which has led to calls for the practice to stop and debate over how to create new rules.

However, Lie explains that if a handful of central individuals agreed to stop double hatting, the problem would rapidly disappear.

This article was also published on sciencenordic.com