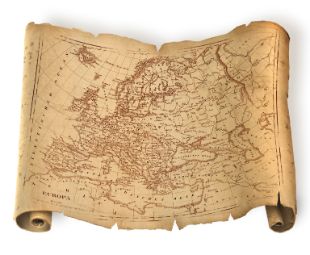 This project aims to examine, from the perspective of public international law, this historical process in relation to Norway's transition from being one element of the Danish-Norwegian “whole state” to union with Sweden.

The years up to and including 1815 saw the establishment of many of the essential features of modern Scandinavia, including the region's outer borders and new internal constitutional arrangements. These developments occurred within an international legal order undergoing  significant change. The Revolutionary and Napoleonic Wars that followed the American (1776) and the French (1789) revolutions were partly the result of – and themselves resulted in – major transformations in public international law, partly summed up at the Congress of Vienna in 1815. The era from the 1770s to 1815 represents one of the most important periods of change in the history of international law.

Read more about the project here.

Two main areas of international law will be examined.

1) Different types of ties and alliances between States in Scandinavia before and during 1814-1815. These will be compared with the various types of subordinating structures established among neighbouring States during the expansion of the Napoleonic Empire, and the traditional and changing relationships between States in what later was to become unified Germany. This includes a study of alliances as a particular type of tie between states. As part of their war against Napoleon's France, the other great powers formed alliances. They had significant effect on the developments and on the fall of Napoleon.

2) Neutrality and privateering in international law. For the Scandinavian countries, neutrality rules had been extremely important for maintaining shipping operations while Britain and various other countries were at war from the American War of Independence onwards. After the Nordic States became involved in the war, privateering became important war efforts and sources of income also on their part. The rules on neutrality and prize-taking were very much contested between, on the one side, the leading sea power Great Britain, and on the other side, especially the US, Prussia and the Scandinavian States. These rules also did play a significant role in how English courts developed their international law doctrines, and, consequently in the general development of international law itself.

The main outcome is to publish two anthologies, on the background of the seminars during 2012 - 2013.

The project is lead by professor Ola Mestad and professor Dag Michalsen from the University of Oslo.

The project is financed by Centre of Advanced Studies (CAS) in Oslo.