The Norwegian Centre for Human Rights and the Rafto Foundation welcomes you to a lecture with Patrick Ball, looking at the role of data and statistics in truth commissions and tribunals. Ball is the Director of Research at the Human Rights Data Analysis Group, who won the Rafto Human Rights Prize 2021. 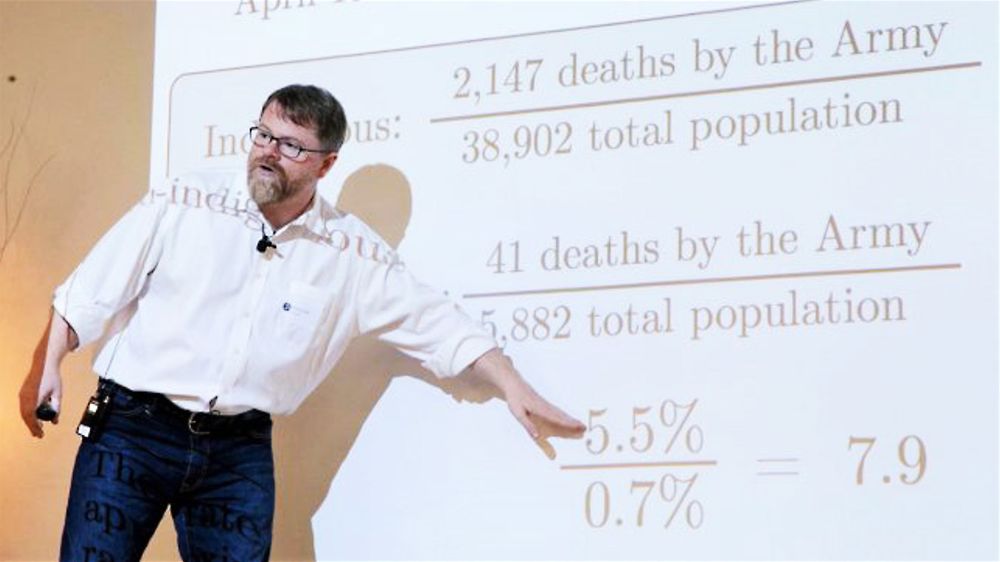 When countries emerge from periods of dictatorship or conflict, one foundation of democracy and peace is to establish responsibility for the violence of the past. In particular, it is crucial to identify the policies and political programs that enabled the violence, as well as the civilian, police, and military officials that led the violence.

Statistical patterns can help to tell the stories. In this talk, Patrick Ball will describe how data and statistics informed the truth commission in El Salvador and the criminal tribunals in Kosovo and Chad, and how those processes brought at least some small closure to the victims and their families.

The lecture is organized by the Norwegian Centre for Human Rights and the Rafto Foundation (rafto.no).

The Human Rights Data Analysis Group HRDAG of San Francisco, California, received the Rafto Human Rights Prize 2021. They received the price for their use of mathematical statistics, machine learning, software engineering, and computer science to detect patterns of violence and corroborate responsibility for human rights crimes around the world.

Among their broad range of activities, HRDAG has provided evidence in seminal trials against human rights violators such as President Slobodan Milošević in the Former Yugoslavia (2002), General José Efraín Ríos in Guatemala (2013), and President Hissène Habré in Chad (2016).

HRDAG has mapped patterns of clandestine graves in Mexico, mass disappearances and extrajudicial executions in Punjab, deaths during the civil war in Syria, and police killings in the US. They have also analyzed the bias built into predictive policing programs and other uses of statistical data to map human rights violations in broad variety of contexts.

The work and experience of HRDAG intersects with the fields of mathematics, social science, and law – and should be of interest for a broad variety of researchers working in these fields.