In this digital webinar hosted by GOODPOL, Simone Chambers will discuss the new-authoritarians' attack on the public sphere. 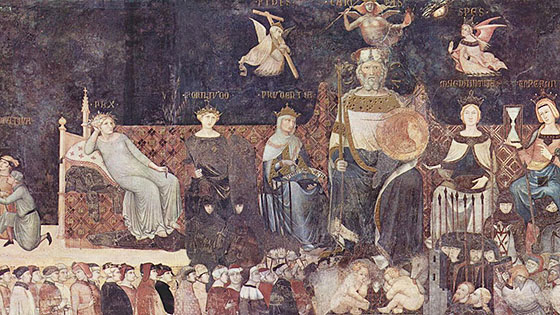 The public sphere performs two important functions in democracy. The first is to facilitate the circulation of information used by citizens to form their opinions and take positions on public matters. The second function is as an agent of democratic accountability by facilitating pluralistic debate, criticism, challenge, and contestation.

The new-authoritarians - which we define as a group, leader, or party that seeks to promote authoritarian, autocratic, or patrimonial regimes within the framework of constitutional democracy - take aim at the public sphere to attempt to destroy its ability to perform these functions.  Although many tactics are used there are two general strategies. The first is to undermine trust in facts and create conditions in which disinformation circulates easily and effectively. The second is to undermine the power of criticism and dissent especially on the part of the press and minority opposition voices. In this way, new-authoritarians can claim to be staunch defenders of democracy (because they enthusiastically embrace elections and voting) and liberty (defending free-speech) at the same time as attacking what make elections and voting democratic in the first place.

Simone Chambers is Professor of Political Science at the University of California Irvine. A political philosopher who specializes in democracy studies, she is widely published on such topics as deliberative democracy, constitutionalism, referendums, the digital public sphere, rhetoric, civility, and the work of Jürgen Habermas and John Rawls. Her forthcoming book, The State of Contemporary Democratic Theory, is a critical survey of the ways political philosophy is addressing the democratic crises of our times.

The lecture is part of a series of public lectures organized by the research project GOODPOL, hosted by the Centre for Advanced Study at the Norwegian Academy of Science and Letters, in order to mark the end of its first year of activities. The lecture series is organized with the assistance of the Norwegian Centre for Human Rights, University of Oslo.