What is the status of implementation of investigative interviewing internationally, and how can effectiveness be researched and assessed? Join us for a lecture with Ray Bull and Dave Walsh. 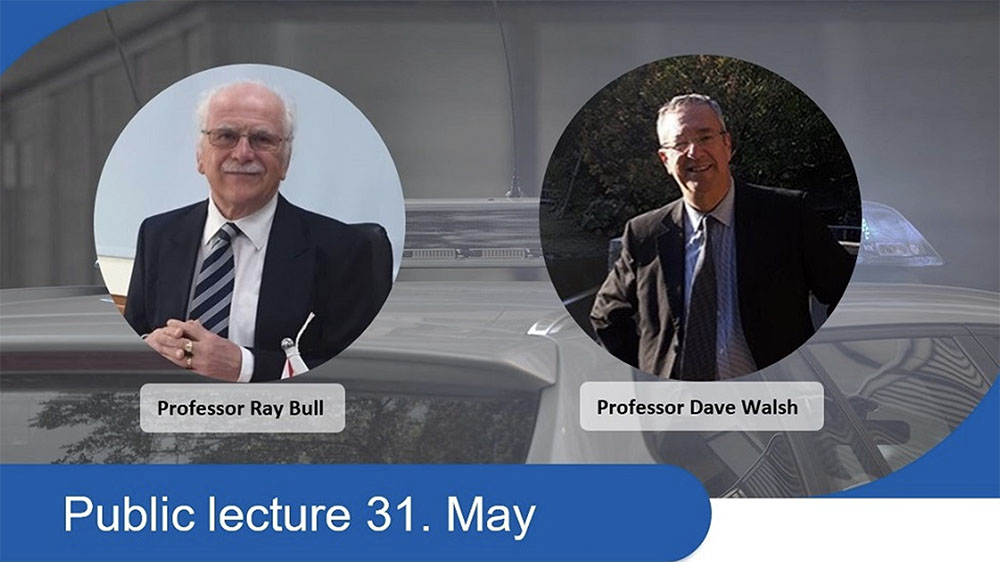 31 May NCHR is pleased to host Professor Ray Bull and Professor Dave Walsh who will deliver a joint lecture on the implementation of investigative interviewing internationally, and on how to research and assess effectiveness.

Prof. Bull is emeritus professor of forensic psychology at the University of Leicester. He is also a visiting professor at the University of Portsmouth and a part-time professor of criminal investigation at the University of Derby. In 2014, he was appointed president of the European Association of Psychology and Law. His major research topic is investigative interviewing. He has published extensively and delivered trainings and workshops in over 35 countries. Bull’s wealth of experience and contribution to the scientific community has been recognised by several boards and organisations in the UK and internationally. In 2004 he was commissioned by the Scottish Executive to draft guidance on the taking of evidence on commission.

Bull was part of the small team commissioned by the Home Office in 2000 to write the 2002 government document Achieving Best Evidence in Criminal Proceedings: Guidance for Vulnerable or Intimidated Witnesses, Including Children (ABE). In 2002/3 he led the small team commissioned by government to produce an extensive training package relating to ABE. In 1991 he was commissioned by the Home Office (together with a Law Professor) to write the first working draft of the Memorandum of Good Practice on Video Recorded Interviews with Child Witnesses for Criminal Proceedings. He has advised a large number of police forces in several countries on the interviewing of witnesses and of suspects, and he has testified as an expert witness in a considerable number of trials.

Dave Walsh is professor in criminal investigation at De Montfort University Leicester´s Law School. He specializes in teaching and research pertaining to criminal investigation and the policing of modern slavery. Walsh’s research focuses on investigative interviewing of victims (including children), witnesses and suspects, organized crime and investigative decision making. He has published extensively. Walsh is a founding member of the International Investigative Interviewing Research group (www.iiirg.org ). His current projects include how the pandemic has affected policing practices as it applies to the interviewing of witnesses. He works with policy makers and the police nationally and locally on modern slavery, which includes examining the policing of 'county lines' cases.