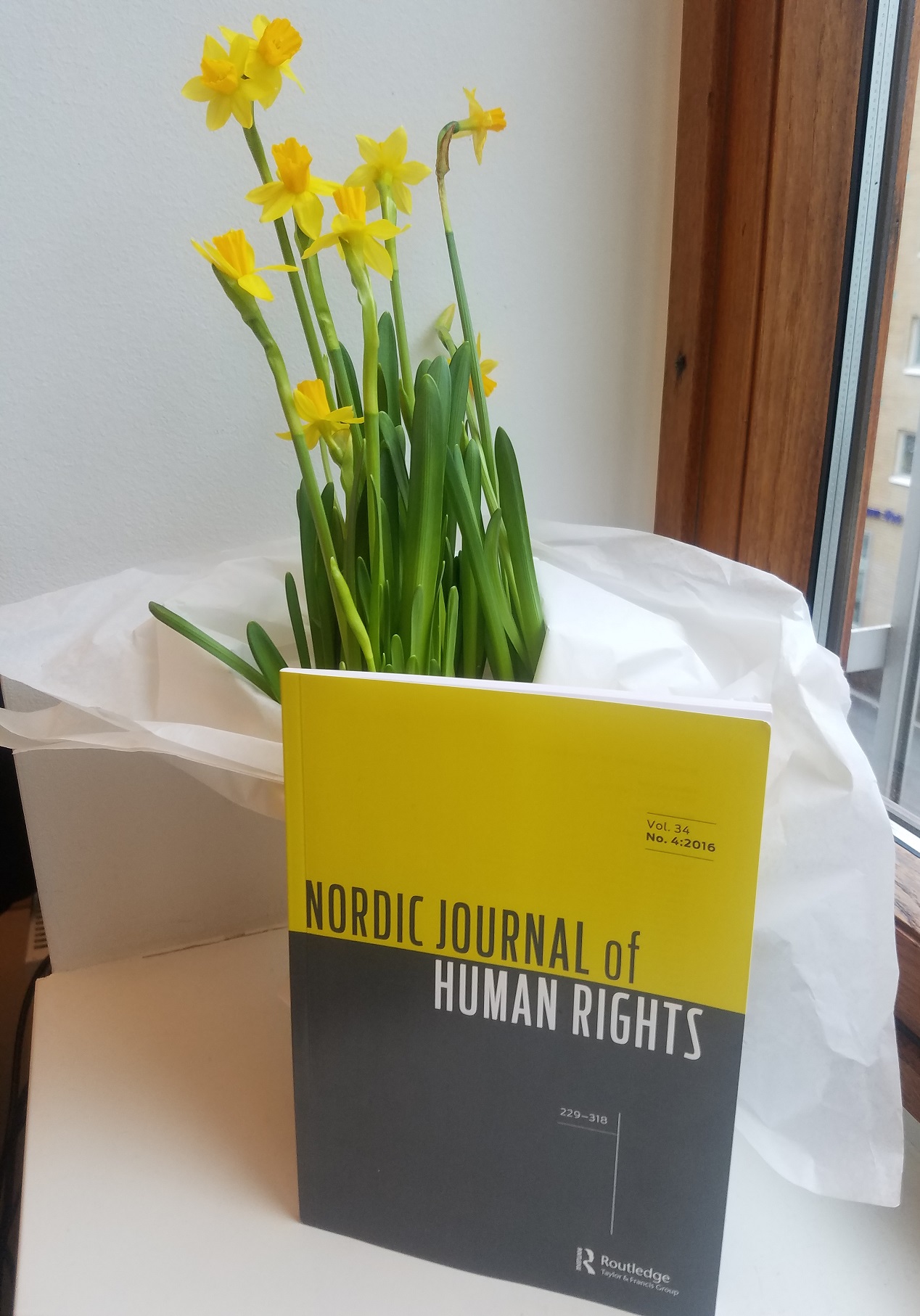 On 24 November 2016, Jenny Goldschmidt held the annual Torkel Opsahl Memorial Lecture at the Norwegian Centre for Human Rights in Oslo, Norway. Goldschmidt is Emeritus Professor in Human Rights Law, and former Director of the Netherlands Institute of Human Rights. In this article, adapted from her lecture, Goldschmidt reflects on the innovative power and transformative potential of the Convention on the Rights of Persons with Disabilities (CRPD), in light of ideological discussions and approaches to questions about equality. Goldschmidt argues that the principles embedded in the CRPD have broader implications for human rights development.

Carola Glinski discusses the relationship between John Ruggie’s “Protect, Respect and Remedy Framework” and the UN Guiding Principles on Business and Human Rights and tort law. The analysis shows striking similarities between the duty of care element of the tort of negligence and the due diligence requirements set forth by Ruggie. Glinski further argues that the interplay between the Ruggie Framework and Guiding Principles, transnational business self-regulation and tort law could lead to an upward helix development of the consideration of human rights in corporate practice and in raising legal requirements for parent and core companies.

Iselin Frydenlund examines four laws passed in Myanmar in 2015 that ostensibly seek to “protect race and religion”. The laws seek to regulate marriages between Buddhist women and non-Buddhist men, to prevent forced conversions, to abolish polygamy and extra-marital affairs, and to promote birth control and family planning in certain regions of the country. Frydenlund investigates the rationale behind the new legislation and explains how two Buddhist protection movements and fear of “Islamisation” played a key role in passing this legislation.

Iselin Frydenlund - ‘Religious Liberty for Whom? The Buddhist Politics of Religious Freedom during Myanmar’sTransition to Democracy’, pp 55-73