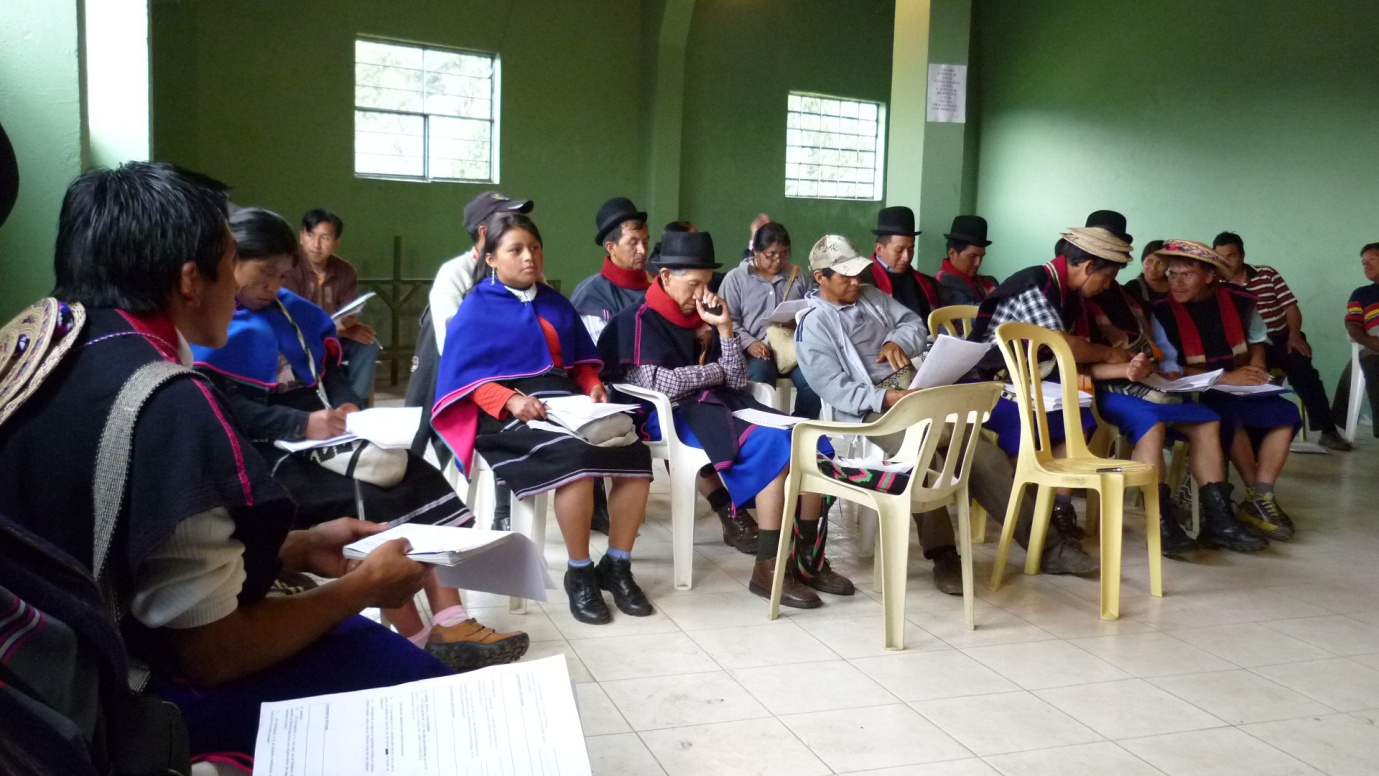 The project consists in designing and testing a system for monitoring how Latin American governments comply with international law in the area of indigenous rights. By establishing a network of indigenous organisations and/or NGOs working with indigenous issues capable of running periodic surveys among indigenous populations, the project owner--which is the Inter-American Development Bank (IDB)--as well as everyone else with an interest in this issue will be provided with data indicating to what extent indigenous peoples in Latin American believe their governments are carrying out the policies required by international law.

The researchers from NCHR hired by IDB to establish the system chose Colombia, Guatemala and Peru as pilot countries and identified indigenous institutions willing to organise national networks of indigenous organisations capable of convening community-based focal groups. In cooperation with the institutions in question, and based on an analysis of ILO's Convention 169 on Tribal and Indigenous Peoples and the UN Declaration of the Rights of Indigenous Peoples, NCHR developed two questionnaires. The first is a check on whether the governments have implemented the necessary legislative and executive work, the second is presented to the focal groups which discuss and weigh the results of the government's work on the ground. Additionally, the whole system is net-based and thus the results are accesible to all from the start.

After initial visits and test runs of the system in the three selected countries, NCHR delivered a "complete package" containing the actual surveys, manuals for how to use them and organisational networks to IDB in May, 2010.

The test runs showed that in general, indigenous people in Guatemala, Colombia and Peru are dissatisfied with their governments' efforts. However, the results also show that there is some progress, notably in the field of education where many focal groups credited the state for improved and more culturally sensitive education over the last 4-5 years. It should also be mentioned that all participants in all countries expressed great interest in a project that took their opinions seriously.