New perspectives on bodies and embodiment in the study of forensics. 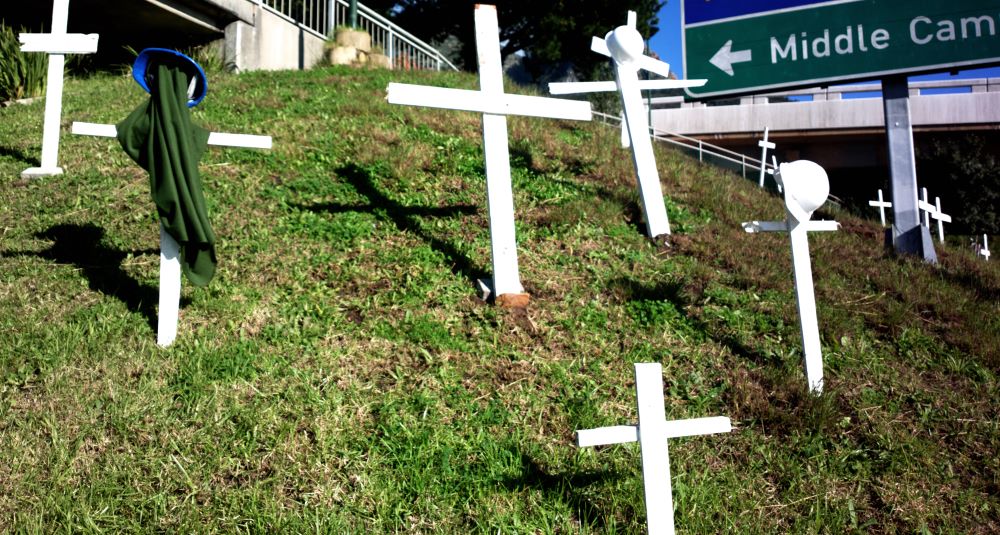 An artist's memorial to the tragedy at the Lonmin Mine, where members of the South African Police Service lethally shot 34 miners. This event led to the establishment of the Marikana Commission of Inquiry.
Photo: Image ID: EK4CWT, Africa Media Online / Alamy Stock Photo

Measuring the body has a long and politically charged history, especially in the context of criminology and forensics. At the same time, we witness the rising use of biometrics in public and private domains, as well as entirely new ways of rendering the body into data.

BODIES OF EVIDENCE provides new perspectives on the body within the study of forensics. It reviews theories about bodies and embodiment and develops them further (WP1). Then it moves on to map of forensic practices that focus on the relationship between data and bodies in different cultures (WP2). This map provides the basis for the most central part of the project: two case studies that investigate concrete practices of digital forensics today (WP3). One of the case studies will focus on the evidence creation in the context of the Marikana massacre in South Africa. From this empirical work, more overarching insights about bodies and embodiment in digital forensics can be drawn.

Studying these developments not only answers calls to address knowledge gaps about forensic technologies, but also to bring non-Western and Western perspectives into dialogue. BODIES OF EVIDENCE contributes with three innovations:

BODIES OF EVIDENCE is financed by The Research Council of Norway (Young Researcher Talents)  project 300205, 2021-2025