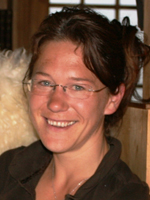 Anine Kierulf (1974) is cand.jur. from UiO, holds an LL.M. from Northwestern University, Chicago (2001) and was admitted to the Norwegian Bar in 2003. She has previous experience as free speech consultant to the Council of Europe, deputy judge in Ringerike district court, and senior lawyer in Schjødt law firm where she worked on general litigation and media law. Kierulf has been a research fellow at the Department of Public and International Law UiO since 2009, and was a visiting researcher at Northwestern University and University of Chicago spring/summer 2010.

Kierulf's research area is free speech, constitutional law and the role of courts in a time of legal internationalization.

Her thesis focuses on questions raised by Norwegian courts' practice of judicial review: What issues of legitimacy arise upon national courts' review under international human rights instruments? How do they differ from review under the Norwegian Constitution? Is there a purely normative "core case" for or against judicial review - or do legitimacy assessments of existing practices require a combination of normative and cultural-historical inquiries?

Following an assessment of normative arguments about review legitimacy and a recollection of historical debates over judicial review under the Norwegian Constitution and the European Convention on Human Rights (ECHR) is an attempt at analysis: How does this dual Norwegian review example fare in such a combined legitimacy assessment? Jumpstarting this synthesis is a case study of two Norwegian free speech cases, where ECHR law has been determinative for the scope of Norwegian Law. Modern Norwegian free speech law has to a substantial extent been incoporated through judicial review by the ECtHR and the Norwegian Supreme Court, rather than through any detailed effort by the legislature. As a principled protection of free speech is central to all conceptions of democracy, this case study serves as one example that judicial review may reinforce, rather than threaten popular democratic rule. It also illustrates how he judiciary may be a necessay co-player to representative democratic organs when it comes to balancing the democracy/rule of law tension inherent in modern constitutionalism, particularly when this tension expands to constitutionalism beyond the state.

Tracing ideals of legitimacy furthered and challenged by national and international rights review in one national setting, this thesis hopes to introduce a traditionally national-focused discussion of review to the wider, international review debates. It also seeks to contribute a combination of normative and historical-empirical analyses to the international ruminations over the legitimacy of judicial authority in a postnational constellation.