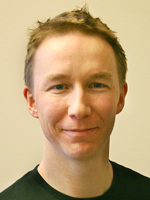 Jon Christian Fløysvik Nordrum (1974) is an Associate Professor at the Department of Public and International law. He obtained his ph.d at the Faculty of Law, University of Oslo in 2017.

Nordrum also holds a master's degree in law (cand.jur.) from the University of Tromsø (2004) and an LL.M. in general legal studies with emphasis on international economic and environmental law from New York University School of Law (2005).

Nordrum was a research fellow at the University of Oslo from 2010-2017 before becoming an associate professor. As a research fellow, he participated in regulatory process, most notably as a member of a law commission proposing a new law regulating kindergarten (NOU 2012: 1) and as chair of an expert group proposing changes in the legislation regulating aquaculture (akvakulturloven) especially with regards to reactions and sanctions as response to breach of regulation. Prior to becoming an Associate Professor Nordrum worked as a legal adviser in the Legislation Department (Lovavdelingen) in the Norwegian Ministry of Justice (2005-2010). In the Ministry Nordrum amongst others had the responsibility for International investment and trade law, natural resources and environment law.

Nordrum is currently chair of a law commission proposing a new law regulating primary and secondary education in Norway (opplæringsloven). The commission has been appointed for the period from 26. September 2017 to 1. December 2019.

Nordrum is the head of the project on clear legal language based on a 30 mill NOK grant from the Ministry of Local Government and Modernisation.

Nordrum has wide experience in teaching both as a university teacher and in courses for lawyers, jurists and others working in the field of law.

Nordrum's research, teaching and supervision at the Faculty of Law is connected to administrative law, regulatory law, legislative studies including legal language.

Nordrum is also a member of the board of Det Nordiske Administrative Forbund.