The project will focus on the relationship between gender identity, sexual orientation and the law from the perspective of lesbian, homosexual, transgender and intersex persons. 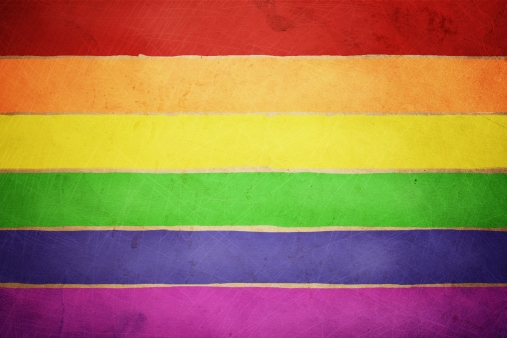 Rainbow flags are displayed in many cultures around the world as a sign of diversity and inclusiveness.

Gender identity and sexual orientation are in the throw of social and legal change. Contemporary social science research has challenged scholarship that associates sexuality with a homogenous and binary system of sex and gender.

This project will, through a legal lens, explore how new understandings of the concepts “sex” and “gender” are reflected at the international, national and local level of law. It will explore the relationship between gender identity, sexual orientation and the law from the perspective of lesbian, homosexual, transgender and intersex persons.

Whether and to what extent these categories of persons are recognized in law will be addressed with a focus on the right to legal identity, the right to health, the right to bodily autonomy and integrity and the right to protection against discrimination.

The primary objective of the project is to explore the relationship between gender identity, sexual orientation and the law from the perspective of categories of persons that don’t fit into the traditional binary system of sex and gender, either biologically or in terms of gender identity.

It will describe and analyse whether and to what extent the law protects or subordinates individuals based on their different gender identities and sexual orientations with a focus on the right to legal recognition of gender identity, the right to health, the right to bodily integrity and self-determination and the right to protection against discrimination.

Through a combination of legal, ethical and empirical sources the project will explore how law responds to the lived realities and identities of these categories of persons.

The PhD study, which is the main research component, will focus on intersex, transsexual and transgender persons.

The aim of the project is to contribute to a more plural and complex understanding of the individual person who is the subject of law. A related aim is to bridge the gap between new knowledge about gender identity and sexual orientation and the law, and as such contribute to legal recognition of these categories of persons who so far to a large extent have been excluded from legal protection.

Human rights principles, like the right to equality and non-discrimination, self-determination and integrity apply to all, simply by virtue of having been born human. Lesbian, gay, bisexual, transgender and intersex (LGBTI) persons are no exception. Yet, their right to equality and freedom is not explicitly included in the text of any specific treaty. The research analyses the process whereby LGBTI persons´ right to gender identity, self-determination and non-discrimination has evolved with focus on the role of international judicial review and intervention by human rights treaty bodies. The research project is, by taking a life cycle perspective, providing a fresh perspective on human rights jurisprudence that has taken the experiences of adult LGBTI persons as starting point. It is in the forefront of developing a human rights discourse that addresses the complex social, ethical and legal issues faced by intersex and transgender children and their parents, encountered at birth, during childhood and adolescence. It has also prompted research that addresses tensions between different understanding of gender within the human rights system itself, particularly between gender as plural and fluid and gender as binary and static. The research thus sets the scene for a discussion of how international conventions, such as the Convention on the Elimination of All Forms of Discrimination against Women, through a step-by-step approach, may enhance its potential to address gender stereotypes that create, uphold and reproduce the binary gender orthodoxy.

A key concern regarding the content and outreach of LGBTI persons' human rights protection is the tension between the binary and heteronormative conception of sex and gender on the one hand and the conception of gender as plural, fluid and flexible on the other. The research explores the encounter between LGBTI persons´ right to gender identity under the Norwegian Gender Recognition Act from 2016, their protection against discrimination on the grounds of sexual orientation and gender identity under the Equality and Anti-Discrimination Act and other acts in areas like refugee law, family- and child law, education law and health law. A key question is whether the binary conception of gender in the Gender Recognition Act can be reconciled with the plural and fluid conception of gender embedded in the Equality and Anti-Discrimination Act. A related question is how Norwegian legislation, which applies in the field of reproduction and parenthood, constructs the relationship between bodies and genders. Whether gender specific legal terms like mother, father and co-mother should be replaced with gender- neutral terms, is discussed. Another area of contestation is transgender persons´ right to necessary healthcare, particularly the right to hormone treatment. Norwegian medical practice, which require a diagnosis, does not sit well with transpersons’ right to gender identity and self-determination under national and international law. Transgender children's right to toilets and changing rooms without discrimination, the research shows, is a complex legal issue that calls for careful consideration of the relationship between individual equality rights and the state's duty to change physical structures that create and uphold a binary conception of gender. Furthermore, research shows how legal rules concerning lesbian and gay persons don’t have the intended effects because they take the lived realities and life values of heterosexual persons as starting point An example is how lesbian and homosexual asylum seekers, to appear as genuine and credible, have to demonstrate their aspiration of romantic love and marriage.

The research project shows how national law’s predominantly binary and heteronormative construction of gender, leads to exclusion and stigmatization of LGBTI persons.The right to gender identity and equality, embedded in new national legislation, is often overruled by laws and principles that are privileging a conventional understanding of gender. The project seeks to contribute to legal change through reinterpretation of national law, and through presentation of alternative models for legal change. National legislation is, to respect, protect and fulfil LGBTI children, adolescent and adult social and economic rights, reinterpreted in the light of international legal sources. With a view to full recognition and real equality between the plurality of sexualities and gender identities that exist in society, the project is initiating a discussion of the strengths and weaknesses of two different models. Legal recognition of a third gender is one possibility. Abolition of legal gender followed up by a gender-neutral conception of legal personhood is another alternative.

The project is continued through the book project:

The Centre for Interdisciplinary Gender Research, University of Oslo

The Centre of Legal Studies in Welfare and EU-Market Integration (WELMA), University of Copenhagen