UiO The Faculty of Law Norwegian Centre for Human Rights
Main navigation
Back to uio.no
Sub navigation Menu
About the Centre > The NCHR International Department > The Oslo Coalition on Freedom of Religion or Belief > 4: The Working Group on Indonesia

4: The Working Group on Indonesia 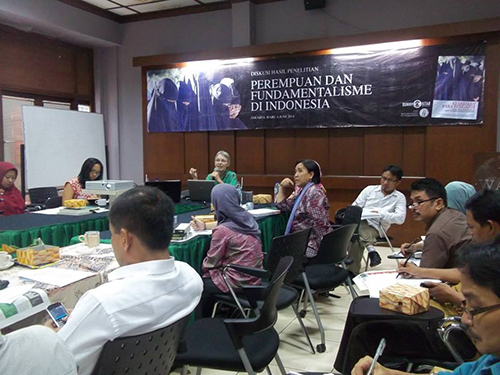 The Oslo Coalition has during the last decade been working with networking and projects to promote FORB in Indonesia. OC's objectives are in line with the recommendations of the Norwegian-Indonesian human rights dialogue in 2012, particularly sections 3 and 5:

“Education in tolerance and respect is crucial. We live in society with conflicting interests and need new skills to deal with it as well as arenas for dialogue and mediation;” and “Joint projects between Indonesia and Norway in fostering tolerance should be realized through education and training. Universities in Indonesia and Norway should work together in making modules curricula on Human Rights to disseminate its values and norms in the local context.”

Keywords for the work in Indonesia are:  FORB and rights of women, religious minorities, tolerance and peaceful coexistence across religious and philosophical borders, combating extremism.

In 2014, in cooperation with our local partners, we are pursuing the following topics:

Rumah Kitab (Institute for Studies, Research and Empowerment based on Kitab Kuning)

Center for Religious and Cross-Cultural Studies (in UGM Yogyakarta)