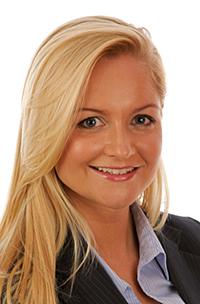 More than a decade after the 9/11 attacks, calls for the need to counter terrorism have all but silenced. At the same time, there are growing concerns that new methods of investigation, and widened police powers, are unduly interfering in people’s private life. How, if at all, can this tension be resolved?

This Ph.D. study analyses how the right to privacy, contained in Article 8 of the European Convention on Human Rights, has been applied in respect of counter-terrorism measures and explores whether the provision is successful in regulating these types of measures.
One of the principal findings of the study is that there is a misfit between the use of technology in counter-terrorism efforts, and the interpretation and application of Article 8 by the European Court of Human Rights (‘ECtHR’). This misfit can be explained by a number of reasons.

Firstly, there are conceptual ambiguities- for example, privacy is often considered to be an individual right, while, in reality, privacy also has societal benefits. One such benefit relates to the democratic process which requires that people are morally autonomous. Privacy provides the space people need to develop their moral autonomy. Instead of viewing privacy and security as two opposing concepts, we need to recognize that they are, rather, mutually reinforcing, and that both are necessary for the functioning of a democratic state. Unless these societal benefits are recognized, privacy is likely to lose in the ‘Privacy versus Security’ debate.

Secondly, there are technical challenges- for example, in order to fully appreciate the risk of privacy intrusive technologies, it is necessary to understand that segments of data that seem harmless on their own, may become sensitive once they are combined with other pieces of data. To date, it seems that the ECtHR has failed to appreciate this possibility sufficiently, and, it is argued that, until the Court recognizes the risks stemming from such data aggregation, the right to privacy cannot be properly protected.

Lastly, there are questions of legal interpretation. The ECtHR interprets Article 8 by, for example, asking whether there was a ‘reasonable expectation to privacy’ in a particular case. This is an unclear test. Unless the Court applies a sound reasoning for extending or limiting the scope of Article 8, there is a risk that  it will create legal uncertainty, and that the interpretation of Article 8 will not fit today’s reality.

There is a continued need to examine underlying assumptions and traditional notions in the somewhat worn-out debate of ‘privacy versus security’.  This study contributes to the debate by offering suggestions for a contemporary interpretation of Article 8 as regards to counter-terrorism measures.