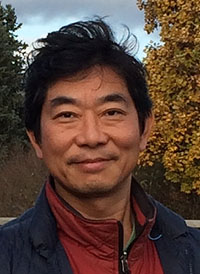 China is the largest hydroelectricity producer and owns almost half of the large dams built in the world. It is also the world’s largest exporter of dam-building today and plays a leading role in developing hydropower in Asia, Africa, and Latin America. As the kind of main renewable and “green” energy planned for achieving sustainability, the new tendency of hydropower development has been undertaking by extensively building mega dams in most of large river valleys in which peripheral peoples’ homeland situated in the west part of China.

The adoption of the UN Declaration on the Rights of Indigenous Peoples (UNDRIP) in 2007 signified a new age of global consensus on indigenous peoples’ rights. The principle of free, prior and informed consent (FPIC), together with other rules could set out a framework on which States can build or rebuild their relation¬ships with indigenous peoples for balancing conflict interests towards a sustainable and self-determined development. However, the identity of indigenous peoples may just be an ‘inconvenient’ notion for many law-state regimes, it is a factual political and legal taboo in China.

In view of the huge gaps between the State commitments and compliance with human rights law in relation to indigenous or peripheral peoples in China, this research presents a legal pluralistic approach on interactions of law application among the UN human rights regime, the Party-state regime, and the indigenous or peripheral peoples’ communities. By observing the norm-making, norm-using and norm-implementing practices in hydropower development in relation to FPIC, this research reveals the institutional constraints of realizing indigenous peoples’ rights in the Chinese Party-state context.