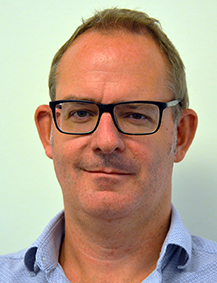 Peris Jones is Professor in the Norwegian Centre for Human Rights, Faculty of Law, University of Oslo. He has a background in development studies and a PhD in human geography. He has taught, researched and worked on human rights for over fifteen years in the University, applied research institute sector and within NGOs. He is a human geographer who has therefore worked on different aspects of human rights, not least their transformative potential in Southern and Eastern Africa, and Nepal and Western Europe. More recent work seeks to conjoin these interests therefore as geographies of human rights, and the interplay between rights and space, particularly in cities across the global North and South, urbanisation processes and the role of rights, including the Right to the City concept. This includes a recent project on extra-judicial killings, (in-) security and rights in an informal settlement in Nairobi, Kenya (see publications in Urban Studies, and ROAPE, amongst others).

Part of the project included the award by the Antipode Foundation Scholar-Activist grant 2016: “Supporting Community Research to Contest the Normalization of Extrajudicial Killings and Everyday Violence in Mathare, Nairobi” (with Wangui Kimari and Mathare Social Justice Centre, Nairobi, Kenya).

He is Director of the Masters in Human Rights in Theory and Practice programme; co-coordinator for the Human Rights and Sustainable Development Research Group and was previously editor for the Nordic Journal of Human Rights  (http://www.tandfonline.com/loi/rnhr20).