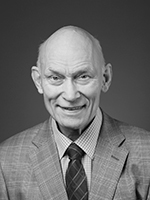 Henning Jakhelln was born in Bodø in 1939. He obtained his law degree Cand. Jur. in 1963, and became Lic. Jur. in 1967.- He held a position of authorized assistant lawyer from 1964 to 1965, but has since been employed by the Faculty of Law, University of Oslo holding the positions of assistant researcher at the Scandinavian Institute of Maritime Law (1963-64), university lecturer and research fellow at the Department of Private Law (1965-71), and as assistant professor, associate professor, and since 1990 professor at the Department of Public and International Law. Since July 1st, 2009, he is professor em.

His research field is particularly labour law, including the law on civil servants, but his field of work is far broader than this; it also includes legislation on schools and education, general administrative law - hereunder municipal law - and parts of constitutional law.