UiO The Faculty of Law Norwegian Centre for Human Rights
Main navigation
Back to uio.no
Sub navigation Menu
About the Centre > The NCHR International Department > The Oslo Coalition on Freedom of Religion or Belief > 1. New Directions in Islamic Thought 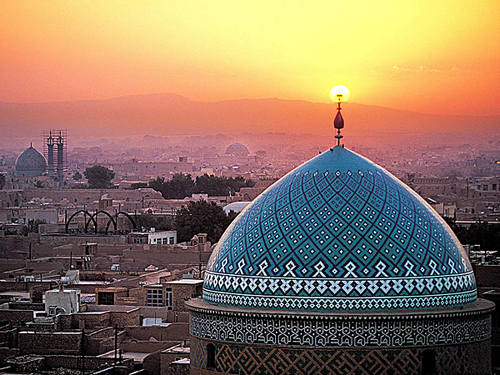 In Muslim countries, apostasy and blasphemy laws are defended on the grounds that they are based on Islamic Sharia and intended to protect religion. But blasphemy and apostasy laws can be used to both suppress thought and debate and to harass religious minorities, both inside and outside Islam.

Debates on Islam and freedom of expression are often cast in polarizing terms of rights versus religion, east and west. The volume Freedom of Expression in Islam - Challenging Blasphemy and Apostasy Laws (2021) brings together a diverse group of Muslim scholars and activists with the knowledge, commitment and courage to contest repressive interpretations of religion and provide a resource for reclaiming the human rights to freedom of expression and belief.

A Report from the project, Religion without Compulsion, aims at providing knowledge to challenge Blasphemy and Apostasy Laws.

The best Interest of the Child

Family law and practice in many Muslim majority countries currently serve as a symbol of Islamic identity politics. While the laws continue to serve as an arena for the protection of the family and its values, they also open up for discrimination and harmful practices towards children in general and girls in particular. Children fall victim to loopholes in the legislation.

Of particular concern are child and forced marriages, discriminatory inheritance practices, and conditions for children born out of wedlock.

One of the conditions for possible reforms is that Muslim actors develop arguments for reform based on Islamic thinking. The Oslo Coalition is now carrying out a fourth stage in the NDIT project, this time with children at the intersection between the right to freedom of religion and children's rights as a theme. The project builds on findings and arguments from a previous publication in the NDIT project: Gender and Equality in Muslim Family Law (2013).

Muslim family law is a sensitive and contested subject. The personal status of Muslim men, women and children continues to be defined by understandings of Islamic Law – codified and adapted by modern nation states - that assume authority to be the natural prerogative of men and that disadvantage women.

Muslim family law has become a battleground of national identities. In recent decades, even as most Muslim countries have taken on international legal obligations to promote women’s equality, a political push for ‘Islamisation’ of the state and its laws has resulted in new discriminatory rules.

At the same time, developments based on both Islamic sources and international human rights, show that legal reform towards gender equality is possible. But effective and sustainable reforms of laws and practices requires engagements with their religious rationales from within the tradition.

Distinguished clerics, scholars, and human rights and women’s rights activists participated in three conferences, in Marrakech and Cairo, resulting in Gender and Equality in Muslim Family Law. Justice and Ethics in the Islamic Legal Tradition (2013). The book has been translated into Arabic (2017), Indonesian (2018), and Bosnian (2019).

A Report from the project, Justice through Equality, contains guidelines for Equality before the Law in Islamic tradition. The report has been translated into Arabic, Farsi, French, Indonesian, and Urdu.

Many Muslims in the world today experience discord between their beliefs with the imperatives and pressures of the modern world. How should they handle the tension between their roles as private citizens and their religious affiliation and identities? Since 2003 the Oslo Coalition provides a forum where Muslim scholars, experts and activists engage for a critical and constructive discourse with the aim to bridge the gap by reformulating traditional Islamic notions in a way that is consistent with contemporary understandings of equality, justice and pluralism.

In the project’s first phase (2004–2008) conferences were held in Yogyakarta, Sarajevo and Istanbul. These resulted in the publication of the book: New Directions in Islamic Thought. Exploring Reform and Muslim Tradition (2009).

Gender and Equality in Muslim Family Law: Justice and Ethics in the Islamic Legal Process, red. Z. Mir-Hosseini, K. Vogt, L. Larsen og C. Moe, I. B. Tauris, 2013 has now gone to print for the second time and is available in paperback. The book is also available in Arabic ("Qanun al-usrah al-muslimah wa mua'dalat al-musawah") and Indonesian.