Director The Oslo Coalition on Freedom of Religion or Belief 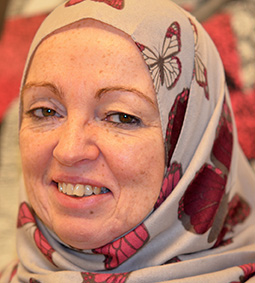 I am an historian of religion by education from the University of Oslo, Cand. Mag (first cycle degree) with the subjects Spanish, Arabic and art history (1987), Cand Philol (Second cycle degree) with history of religion and Arabic, and with the thesis Welcome to a large family. Islam and conversion in the Norwegian context (1995). I defended my PhD dissertation in 2011. The dissertation is the basis for How Muftis Think. Islamic Legal Thought and Muslim Women in Western Europe (BRILL 2018). The focus of the book is how muftis think when they give fatwas to questions from Muslim women in Western Europe.

25.-26.06.18 ‘Islam and Marriage in the West. The case of France’ at the conference Reformulating Matrimony in Islamic law. New Questions and Responses among Muslims in Europe. The Oxford Research Centre for Humanities, University of Oxford.

18.12.10 ‘Muslim and European Values: Is there a real Incompatibility?’ Conference in Barcelona by CEOM (Conseil Européen des Ouléma Marocains), Brussels, in partnership with the Union of Cultural and Islamic centres in Cataluña, Barcelona, Spain

03.12.10 Panellist with Leyla Ahmed, presented ‘The Muslim Woman and Feminism: A Voice of her own’, Feminist Forum, MIRA-senteret, Resource Centre for Migrant Women

08.09.10 ‘Hijab: A Human Right, a Symbol of Religious Identity or Suppression?’ IMDI-seminar at the launch of the report of At Home in Europe: Muslims in Europe: A Report on 11 EU Cities

26.05.10 ‘Does Religion have to be Respected?’ Cultural Complexity in the New Norway seminar, University of Oslo, House of Literature

27.03.07 ‘Fiqh Facing Everyday Challenges: The Contemporary Discourse on Islam and Women in a Historical Perspective’ at ‘Problems of the Muslim World and their Treatment within the Context of Globalization’, The XIX Conference of the The Supreme Council of Islamic Affairs, Ministry of Endowment, Egypt

Tags: Human Rights, Freedom of Religion or Belief (FoRB), The Oslo Coalition
Try a new version of this publications list.