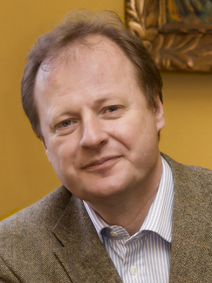 Mads Andenas holds a Chair in the Faculty of Law, the University of Oslo (from 2008). He served as the Chair-Rapporteur of the UN Working Group on Arbitrary Detention of which he became a member in 2009 (his second and not renewable term expired in 2015).

In 2019 he was appointed an honorary Queen’s Counsel. From the Lord Chancellor's recommendation:

Professor Mads Andenas is considered a stellar academic and has been recommended for his work in the fields of comparative and international law, in familiarising academic and practising lawyers and the judiciary in this jurisdiction with other systems of law and by encouraging exchanges of views and approaches between common and civil lawyers. He has written many books on the subject. He has established a series of annual seminars on pressing issues as seen from European Supreme Courts. This was inaugurated by a seminar in the UK Supreme Court with the participation of a number of leading UK practitioners and judges.

He has held senior academic appointments in the United Kingdom, including as Director of the British Institute of International and Comparative Law, London and Director of the Centre of European Law at King’s College, University of London.

He has held a part-time appointment as a Senior Fellow in European Community Law at the Institute of European and Comparative Law, University of Oxford 2001-2009, held concurrently with a Supernumerary fellowship at Harris Manchester College, Oxford. He was the Director of the Centre of Corporate and Financial Law until 2019 and continues as a Senior Research Fellow of Corporate and Commercial Law at the Institute of Advanced Legal Studies, School of Advanced Study, University of London, with which he has been associated since the early 1990s.

He held the Peter Ellinger Visiting Professorship at the National University of Singapore in 2020.

He is a member of the Curatorium of the African Institute of International Law which is based in Arusha (www.aiil-iadi.org). He was the Secretary General of the Fédération internationale de droit européen (FIDE) 2000–2002. He served as the Chair-Rapporteur of the UN Working Group on Arbitrary Detention of which he became a member in 2009 (his second and not renewable term expired in 2015).

He has been the General Editor of the International and Comparative Law Quarterly (Oxford University Press, then Cambridge University Press). He is currently the General Editor of European Business Law Review and an Editor of European Public Law (both Kluwer Law International) and on the editorial boards of some ten other law journals and book series, including as member of the Advisory Committee of Peking University Law Journal. He has taken part in the evaluation of law schools and institutes, including of the Dipartimento di diritto comparato at the University of Padua, and in the classification of publications for research funding and appointments, for instance in the Valutazione della Qualità della Ricerca in legal research for the Italian Agenzia Nazionale di Valutazione del Sistema Universitario e della Ricerca (ANVUR) and in chairing the Norwegian National Committee for the classification of legal research publications.

He was the UN Special Rapporteur on Arbitrary Detention, and the Chair of the UN Working Group on Arbitrary Detention which reports to the UN Human Rights Council and the UN General Assembly. He was appointed a UN Human Rights Mandate Holder serving and a member of Working Group in 2009, and was elected chair and Special Rapporteur in 2013. His second three year appointment (which was non-renewable) ran out in 2015.

He is a member of the Executive Council of the International Law Association.

In 2008, he was appointed by the Institut de France as a member of the committee for the Institut's Prix international Aristotle Onassis pour le Droit. In 2011 he received for his human rights work the Don Pino Puglisi Prize in memory of the priest killed by the mafia in Palermo in 1993 and recently declared a martyr and beatified.

He was the Director of the Legal Office of the Royal Norwegian Ministry of Trade and Shipping 1985-86, and in the Royal Norwegian Ministry of Finance 1986-93, first the Director of the Banking Office, and then an Assistant and finally a Deputy Director General in the Economic Policy Department. He was Legal Adviser in the European Bank for Reconstruction and Development in its first phase of operation, responsible for EBRD's law reform assistance and advice on international law. He has worked as a consultant to the World Bank and to the International Monetary Fund.

Mads Andenas is an advokat in Norway and a barrister in England and Wales.  He was called in Middle Temple and is a Bencher of Inner Temple.

He is a member of the ICSID Panel of Arbitrators. As a Panel member, he may be appointed to arbitral tribunals and ad hoc Committees constituted pursuant to the ICSID Convention or the ICSID Additional Facility Rules.

He has appeared before Norwegian Courts as counsel to different NGOs. Notable cases include the Court of Appeal judgment holding two weeks' migration detention of children unlawful, awarding the family compensation and declaring the detention to be breach of Article 3 and 5 ECHR, Article 37 CRC and corresponding provisions of the Norwegian Constitution, the Maria case about the rights of a little girl to exercise her citizen's rights in Norway together with her non citizen mother (at first instance and in the court of appeal), obtaining interim injunctions against deportation of migrants, and winning an appeal against a criminal sentence of a migrant against his rights to counsel in the police interrogation and at trial, and interpreter in the police interview.

He intervened before the Court of Appeal of England and Wales and the UK Supreme Court in the Belhaj & anor v Jack Staw & Ors, as Chair-Rapporteur of the UN Working Group of Arbitrary Detention, together with the UN Special Rapporteur on Torture. He has brought cases to UN bodies and the European Court of Human Rights.  Teams of students and academic colleagues are involved in all his cases.

Mads Andenas was educated in Norway and England, and holds the degrees of Cand jur (Oslo), PhD (Cambridge) and MA and (by incorporation) DPhil (Oxford). He was a Fulbright Fellow at Columbia University in 1990-91.

See about the launch of two of his books at All Souls College, University of Oxford in 2016. The third book launched, was Eirik Bjorge's doctoral dissertation with Andenas as supervisor for which Dr Bjorge was awarded HM the King's Gold Medal in 2015.

Registered research in Cristin (the Norwegian database for academic publications):