With a focus on substantive equality, this book addresses the gender-specific, holistic and transformative aspects of the Convention on the Elimination of All Forms of Discrimination against Women. 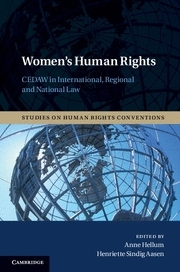 The CEDAW is situated in a complex legal landscape of multiple international, regional and national state obligations to protect women's human rights.