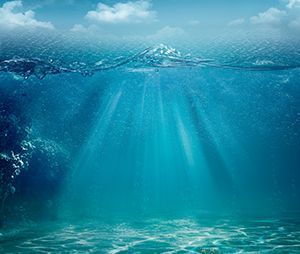 The choice of the topic is based on the observation that the uses of the seabed are already multiple and are multiplying without necessarily the appropriate legal framework. Seabed uses encompass: oil and gas exploration and exploitation, laying of infrastructures including pipelines and cables, mineral exploitation, waste disposal, military uses, use of biological resources, ocean energy resources exploitation, cultural and recreational resources.

New uses are also foreseen such as carbon dioxide storage, further exploitation of mineral resources and increasing number of infrastructures laid on the seabed. Technological progress makes access to the seabed easier, providing for new possibilities but raising risks of excess or abuses, conflicts and pollution. The high environmental value of the seabed is a concern, reflected by the status of common heritage of mankind given to the deep seabed and the need for developing new dedicated protection mechanisms.

The ocean sector, including in relation to the seabed, is a direct contributor to the national economies. But those multiple usages of the seabed entail certain responsible going beyond national borders and command coordination and cooperation.

Efforts to frame the uses of the seabed for different purposes have developed since the 1960s, including at the level of the United Nations, but need to be adapted to the most recent developments. The seabed can also be an area of conflicts, either for accessing it or using its resources. Both public and private instruments have developed to tackle possible opposing jurisdiction claims, conflicting uses or coexistence between different activities.

The objective of the project is the publication of a book by the end of 2016. The group of authors will gather on 1-2 June 2016 at the Faculty of Law of the University of Oslo. A separate seminar with presentation of the book project and some preliminary results will be organized on 3 June 2016 and will be open to the public.

The purpose of the book is to review the topic from different sectoral angles, different legal disciplines and different jurisdictions. It will cover issues of public and private law and the interlinkage between them. It will cover aspects of both international and national law, as well as regional cooperation.

A particular sub-topic is the interaction between the law of the sea and other branches of international and national laws, which bring the focus to issues that are not conclusively regulated by the law of the sea. The book also includes aspects of natural resources law, in particular petroleum, energy law and mineral law. By doing so, the book aims to fill a gap in academic publication in the field, contributing to new knowledge.

The project is primarily and mostly legal, but other fields are involved, such as geology.

The project is financed via the Norwegian Research Fund (NFR), under the program MARINFORSK.